Ky. Program Defunded for Having Too Much in Reserves 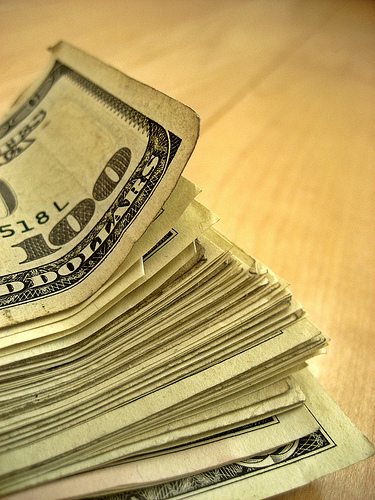 Last Tuesday, Kentucky’s Boone and Kenton counties voted to eliminate funding for NorthKey Community Care for the upcoming fiscal year. The two counties had contributed $125,000 and $200,000, respectively, for the current fiscal year. One county cited the recent growth of NorthKey’s surplus and its reluctance to provide adequate financial assistance and community benefits at cost as factors in their decision. The organization has also recently eliminated staff and programs.

NorthKey provides mental health, substance abuse and intellectual disability services for northern Kentucky. “We abolished 31 positions and laid off 21 positions,” said Owen Nichols, the president and CEO of NorthKey. “We identified programs that are not sustainable under managed care and abolished those programs. We were operating one day treatment program for children that the annual budget was $600,000 and we were having to put in a third of that to operate it with revenues from other programs. It was becoming more of a burden for the rest of the organization.”

But Kirk Kavanaugh, Boone County human services director, points out, “It’s not unexpected that since 2010, (NorthKey’s) revenue has decreased…One would expect that during declining revenues, that you would have a significant decrease in cash reserves. Not the case with NorthKey.”

Nichols says that they will pass along some of the cuts made last week to other safety net agencies, “We’ve had to notify other agencies that because of this, we are having to cut funding to them…We can’t absorb all of (the county cuts) this year. The message that is being sent from Boone and Kenton is that they are no longer interested in providing those safety net services for the most poor and disabled people in the community.”

But Kavanaugh says that for an agency like this to make program cuts when it is more than doubling its reserves is unconscionable. “It would seem to me that’s what a surplus is for,” Kavanaugh said. “If agencies or programs don’t have adequate funding, that’s where NorthKey is supposed to come in.”

Likely a critical factor in this scenario is the fact that from 2008 to 2011, NorthKey’s cash and cash equivalents increased from $3.6 million to almost $8.4 million, according to tax documents filed with the Internal Revenue Service. Kavenaugh said, “I would point out that this was during a prolonged economic downturn.”

NPQ can see this from a number of angles. According to its 990s, NorthKey’s revenues in 2010 were more than $30 million, so the $8.4 million is not an unreasonable amount to have in reserves. Some might even say that it is on the low side, but in this case, context is all important. NorthKey is almost completely publicly funded, probably by some bodies which are dealing with reduced revenue pools themselves. It has cut back its services and laid off staff at the same time that it has built up its reserve. So funders are probably justified in seeing this as a diminution of services at a time when everyone is struggling to make ends meet and service needs are very high. Therefore, what might have seemed to be a wise decision to the NorthKey board may end up being a costly political decision in practice. And for those funded by the public sector, politics can mean a great deal. NPQ does wish to point out that there are trend charts on NorthKey’s website that show that the number of clients served has increased every year and that the number of days clients have to wait for an appointment has decreased but these stats are hard to interpret on their own.

This is one of those complex situations where judgments depend upon the angle from which the situation is viewed. We’d love to hear the thoughts of our readers on this situation and how it might have—or even whether it should have—been handled differently.–Ruth McCambridge