Last Abortion Clinic in Cincinnati May Fall to New Law 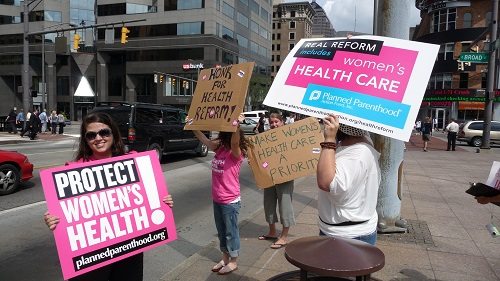 The only remaining abortion clinic in Cincinnati, a Planned Parenthood clinic, received a citation this week from the health department—and that very likely means that it will be closed, making it the sixth to close out of a field of 14 since the start of 2013. This closure could leave women having to drive to Louisville, Columbus, or Indianapolis to have an abortion.

Ohio law requires abortion clinics to have a “transfer agreement” with a private hospital, and all of the local hospitals have declined this clinic’s request, although the group does have agreements with individual doctors at a local hospital, a measure that in the past has been sufficient. Recently, however, the health department declined to approve such a measure for a Sharonville provider Women’s Med, which then stopped performing abortions.

“We have received the letter, and it is accurate in its statement that we do not have a transfer agreement,” Planned Parenthood spokesman Rick Pender said. “But what we have pending, for more than a year, is our variance request, which the health department has not acted on.”

“I’m flabbergasted that the Ohio Department of Health sent a notice to Planned Parenthood to tell them they don’t have a transfer agreement or variance, when ODH has sat on a request from Planned Parenthood to approve a variance for over a year,” said Kellie Copeland, executive director for NARAL Pro-Choice Ohio, in a statement. “This is the sort of behavior we expect from political hacks, not public health professionals.”

Another Women’s Med clinic, this one in Dayton, also is lacking a hospital transfer agreement. The issue of accessibility in terms of erecting barriers that would necessitate long travel times has been looked at before in the case of the last remaining clinic in Mississippi, where a similar law is in place and where the clinic was ordered to be kept open by the court because closing it would have placed an “undue burden” on women seeking services.—Ruth McCambridge