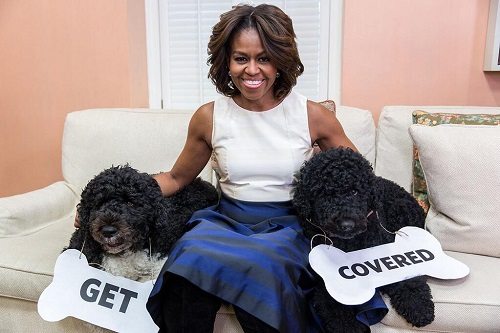 March 31st was it—sort of. It was the deadline to sign up for health insurance, though if you live in a state where you had only the federal exchange and you encountered additional difficulties on Monday (like the site going off-line for a number of hours), you can go back to healthcare.gov, attest to the problem, and get an unspecified extension of some sort. Exchanges in some states, such as Maryland, Oregon, D.C., and Nevada, have also extended their sign-up deadlines past March 31st due to their own technical difficulties. Furthermore, the federal government is also extending the enrollment period for people with specified “major life changes” that might have made signing up difficult or impossible, such as getting married, having a child, losing a job that provided health insurance, etc.

Although, in theory, failing to sign up by March 31st means you might be subject to a penalty of either $95 or one percent of income, don’t expect the Obama administration to be particularly tough on enforcing penalties. There are 14 categories of “hardship exemptions” where you might be eligible to apply for a waiver of the penalty, including homelessness, recent eviction or foreclosure, having domestic violence, a flood or natural disaster that caused substantial property damage, bankruptcy, or the death of a close family member. And that’s not considering broader categories like “you were determined ineligible for Medicaid because your state didn’t expand eligibility for Medicaid under the Affordable Care Act” and “you experienced another hardship in obtaining health insurance.”

Despite some of the reasons for missing the ACA deadline, Governing reported “record levels of traffic on the last day of enrollment” on the federal exchange. By noontime on Monday, 1.2 million people visited healthcare.gov, including 125,000 at once during one peak moment. The fact that the servers crashed is understandable. There were 8.7 million visits to healthcare.gov in the week prior, including two million on the weekend. Many states, too, reported huge amounts of traffic with the same impact on their websites, such as the periodic outages that plagued the exchange server for Washington State.

Stories of the dynamics surrounding the end of ACA enrollment varied among the nonprofit navigators. At the Mankato office of the Minnesota Council of Churches, navigator Jessica O’Brien said that she was much busier the prior week, with the anticipated rush of calls for help on Monday not emerging. At the Minnesota Valley Action Council, navigator Sheila Ous had cleared her calendar for Monday in anticipation of a huge rush of clients, but had only received three calls. However, the state’s official call center run by MNsure reported so many calls that it put a strain on the telephone system, with callers facing an average wait time of 18 minutes by around Monday at midday.

For some navigators, the volume was high. In Atoka, Oklahoma, navigator Katey Maxey was advising people to leave phone messages at call centers to officially notify the exchanges about attempts to apply for health insurance that might have been thwarted by long waits or crashes. In Elkhart, Indiana, navigator Zanzer Anderson, working from Aspen Health Care Services, told a TV reporter that “at one point in time I was enrolling a guy, trying to get him enrolled, and I was carrying on four conversations, texting and on Facebook with some people just helping them…It’s been a little crazy.” In Jacksonville, Florida, navigators from First Coast Multi-Lines Agency partnered with volunteers to run a “Day Break to Midnight” enrollment effort at Jax Total Care Medical CenteRx to meet the anticipated last-minute demand. Lines at a site operated by Connect for Health Colorado in Denver looked the post office on tax-filing day.

While much of the chaos could have been avoided had health insurance reform led to the creation of a single-payer system rather than the compromise-riddled Affordable Care Act, the program is still giving people what many lacked prior to the legislation: health insurance coverage—through insurance purchased on the exchanges, through expanded Medicaid in some states, through adding children to parents’ policies, and through offering coverage to people with preexisting conditions. As problematic as the rollout and implementation of the ACA have been, the provision of health insurance coverage to underinsured and uninsured Americans has been a major step toward what should be a basic right for people in need. It would not have happened had navigators—and others—not worked assiduously to help people understand their choices under the Affordable Care Act and then navigate through the often confusing and even sometimes dysfunctional mechanisms provided to consumers by federal and state governments on the Internet.—Rick Cohen