Lessons for Journalism in the Rolling Stone Controversy 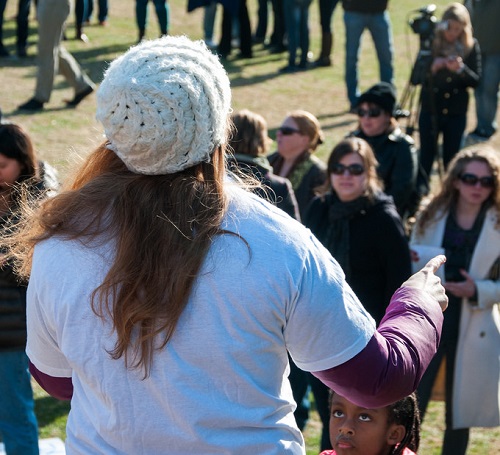 The University of Virginia is going to take action against Rolling Stone, which published a now-infamous article about an alleged sexual assault on its campus, though the frat is not alone in having suffered harm as a result of the piece. There are lessons and questions meriting public discussion in the Rolling Stone controversy, including issues for journalistic outlets large and small.

Now that the Rolling Stone article has been thoroughly discredited, the fraternity will likely claim that it was defamed by the article, that Rolling Stone editors published statements about the fraternity that were false, that Rolling Stone editors and the author of the article failed to check the facts that they published, and the fraternity suffered actionable harm as a result. A statement from the fraternity noted that Phi Kappa members were ostracized on campus after the article appeared, the fraternity house was vandalized with spray paint reading “UVA Center for RAPE Studies,” and UVA president Teresa Sullivan temporarily suspended fraternity and sorority social events in the aftermath of the original article. While UVA Phi Kappa chapter members are a discrete enough group to sue Rolling Stone for defamation, another group that has been harmed is too diffuse to do the same—the women who in the future will want to go to school authorities or local police with charges of sexual abuse but will fear, in light of “Jackie’s” repudiated assertions about the alleged Phi Kappa gang rape, that they won’t be believed.

As a result of the Columbia Journalism Review analysis, published by Rolling Stone itself on April 5th, of the now discredited rape story, there is much to be learned about journalism—and some things that aren’t quite clear but deserve public discussion.

Sabrina Erdely’s story, “A Rape on Campus: A Brutal Assault and Struggle for Justice at UVA,” published in Rolling Stone in November of 2014, became the magazine’s most viewed online story ever. Note that Erdely writes, or is supposed to write, deep investigative pieces that take a great deal of time for checking and rechecking sources and facts—she started working on the story in July of 2014, interviewing “Jackie,” a pseudonym used to protect her identity, seven times between July and October. A fact checker also had a long conversation with Jackie to verify the facts that Erdeley reported. In addition, there was apparently close oversight of the article by Rolling Stone managing editor Will Dana.

In the end, after all of this, there was nothing there but harm to everyone involved, though especially the women across the country who might be more vulnerable as a result of Jackie’s false charges and Rolling Stone’s undocumented writing. According to the CJR report on the story:

“The failure encompassed reporting, editing, editorial supervision and fact-checking. The magazine set aside or rationalized as unnecessary essential practices of reporting that, if pursued, would likely have led the magazine’s editors to reconsider publishing Jackie’s narrative so prominently, if at all. The published story glossed over the gaps in the magazine’s reporting by using pseudonyms and by failing to state where important information had come from.”

Rolling Stone claimed in its defense that it was trying not to re-traumatize the alleged rape victim by pursuing lines of inquiry that she didn’t want them to pursue, but that was only part of the issue—and doesn’t explain Rolling Stone’s journalist errors. According to the CJR article:

“The explanation that Rolling Stone failed because it deferred to a victim cannot adequately account for what went wrong. Erdely’s reporting records and interviews with participants make clear that the magazine did not pursue important reporting paths even when Jackie had made no request that they refrain. The editors made judgments about attribution, fact-checking and verification that greatly increased their risks of error but had little or nothing to do with protecting Jackie’s position.”

The actual CJR report is a very worthwhile read, and the Washington Post, which was one of the “independent” sources that first began poking holes in Erdely’s story (here and here) has an excellent summary of the report co-authored by Paul Farhi, one of the original Post critics of the Erdely article. It serves as a shorter alternative to the 12,000-word CJR piece.

In the wake of this story, there is enough to give us all pause, and suggest issues that journalistic outlets less prominent than Rolling Stone should be debating within their own ranks: