Maine Fundraising Federation Comes Up Short—Who Was Watching the Money? 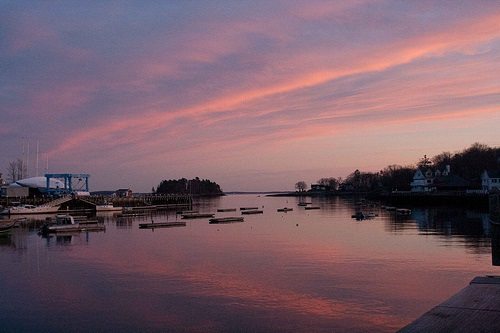 United Mid-Coast Charities is the fundraising mechanism of a federation of charities in the Camden, Maine area. It says it has no paid staff. Its 43 board members—yes, 43—are all unpaid. An endowment pays for expenses such as office supplies. It says that 100 percent of the money it raises is distributed to grant recipients.

So how is it that the organization raised $3.9 million between 2004 and 2012 but only distributed $2.8 million? In late September, a board member happened to come across a “financial discrepancy” and confronted the 17-year president of the charity, Russell “Rusty” Brace, who had stepped down in August. Subsequently, the organization announced that Brace had engaged in the “substantial embezzlement of donations.” On Friday, United Mid-Coast Charities filed suit against Brace, claiming that over a thirteen-year period, he had stolen $3.8 million, “depositing checks payable to UMCCinto an account set up for Braces business, Brace Management Group.” As of Friday, no criminal charges had been filed, but new board president Steve Crane, in a statement posted on the organization’s website, said “law enforcement authorities, including the FBI, had been notified.”

In an odd move, the charity hired a Portland-based public relations firm called Savvy, Inc., whose representative, Dennis Bailey, suggested that differences between amounts raised versus amounts distributed in specific years shouldn’t necessarily be interpreted as specific evidence of wrongdoing, as money raised in one year might have been distributed the following year. However, Bailey, whose firm was described as a “crisis management” entity by the Free Press, did confirm “a substantial amount of money was taken over the course of many years.” The organization’s annual finances year-by-year were as follows:

Some fifty charities in Waldo and Knox counties look to the fundraising of United Mid-Coast Charities for support. Obviously, the deal in which donations to United Mid-Coast would go out 100 percent to the federation members didn’t happen as planned. Money seems to be missing, and whether or not Brace took that money, the pattern of expenditures over more than a decade suggests that the board of directors was asleep at the switch. On one hand, a 43-member board is usually a less than excellent governance structure—too much dissipated responsibility. On the other, it would seem that someone on the board over a period of many years—given turnover, many more than 43 people—might have been interested enough to look at the agency’s finances and notice the income and output discrepancies.

Whether or not the authorities end up pinning the embezzlement on Brace, there is no question that the entire board of United Mid-Coast Charities has an element of culpability for failing to provide anywhere near the fiduciary oversight that it should have.—Rick Cohen