Making Sense of the Oxfam Scandal Requires More than This 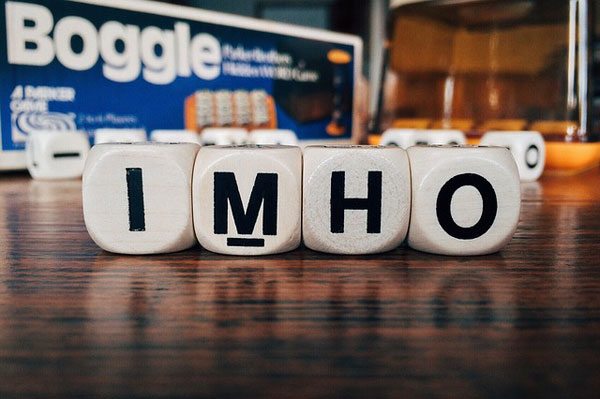 A recent column in the Washington Post, written by two professors and a graduate student from the University of Washington in Seattle, gets so very, very much wrong, bemoaning the lack of nonprofit (as opposed to for-profit) regulation and using the Oxfam scandal as a jumping-off point.

The authors posit that nonprofits, even ones as large as Oxfam, do not have the level of structure and rules you’d find in a global for-profit. They suggest that they exist in a sphere that carries with it a presumption of virtue, and that this protects them from adequate external regulation. But the fact that such scandals have occurred in every sector of society and are rarely interrupted by an external “regulatory system” seems to have been lost on the authors.

In the Post, Nives Dolšak, Sirindah (Christianna) Parr, and Aseem Prakash call attention to scandals at Oxfam involving aid workers hiring women for sex in disaster zones, and related abysmal sexual misconduct cases. They enumerate the other high-profile cases—at the USAG, where hundreds of young gymnasts were abused over many years; at the Red Cross; and at the Humane Society. At each, the incidents were met with inadequate institutional responses that reinforced the basic enabling culture. “Why,” the authors ask, “do nonprofit organizations behave in unprincipled ways?”

The answer to their question is frighteningly simple: Nonprofits have scandals because, like for-profits, they are constituted by people. And people, you may have noticed, are flawed. Whether they be in government, the for-profit sector, or the nonprofit sector— whether perpetrator or colluder—they suffer the same effects of the larger cultures that actively normalize and enable subjugation. The less we understand that, the less hope we should all have for reform.

And it is true, as they mention, that nonprofits and NGOs tend to benefit from the public’s trust more than for-profits or government. When that trust is broken, and the victims of that broken trust are the very people that were to be helped, along with the donors who meant to help, not hurt, through their donations, the moral dissonance is particularly overwhelming.

But then Dolšak and team go off the deep end. They write, “Compared to firms and governments, nonprofits face less scrutiny by outside stakeholders.” To which we say, “nonsense.” Look at the precipitous donor withdrawals from Susan G. Komen or the Wounded Warrior Project, along with any number of other such actions by funders.

And, while we’re at it, let’s ask, “Where is this strong for-profit regulation of which you speak? Where are its results?” Even within the sexual misconduct field, we might recall that in the past year, scandals felled NBC’s Matt Lauer, CBS’s Charlie Rose, and Fox’s Bill O’Reilly—just to name three prominent cases at for-profit companies in a single industry. In Hollywood, of course, for-profit regulation failed to protect Harvey Weinstein’s 84 victims. And, as if we need to point this out, government is not exempt either, as this recent California case involving a San Diego County sheriff’s deputy, facing accusations from 11 women, illustrates.

And we have yet to touch on all of the other corporate scandals that allegedly stronger for-profit regulation failed to stop in areas other than sexual misconduct. Amusingly, Dolšak and colleagues suggest that nonprofit-government partnerships are a cause of nonprofit governance problems. Again, there are surely cases where nonprofits have overbilled government for services rendered, but this is hardly a unique nonprofit problem. Indeed, federal for-profit defense contractor cost overruns are legendary. For example, a congressional commission in 2011 found that the US government lost “between $31 and $60 billion to contractor fraud and waste” related to expenses in Iraq and Afghanistan over the preceding decade.

Banking is another example where for-profit scandals are common. For example, JPMorgan Chase in 2013 paid $13 billion in fines for lying to investors about the value of its mortgage-backed securities. But, don’t shed too many tears for JPMorgan Chase. Not only is its CEO, Jamie Dimon, still in place, but he presently enjoys an estimated net worth of $1.32 billion. (Maybe the vaunted strict private regulation regime still has a few holes?) Nor did for-profit regulation prevent Wells Fargo from opening an estimated 3.5 million fake accounts, as well as engaging in a wide range of other deceptive business practices on a systemic basis for more than a decade until it was finally caught.

We are by no means attempting to downplay the transgressions of some nonprofits and NGOs, nor are we trying to imply that they are just a few bad apples. We know that problems like sexism and racism are endemic and pervasive in our society, and we are a part of that society even if our missions involve changing it. Our donors deserve to hold us to a higher standard. They expect us to model the behavior we want to see—not just in the nonprofit sector, but also in the for-profit sector and in government—and that’s very different from longing for the same inadequate control systems that exist there.

Earlier this month, we wrote in NPQ that, “As has been demonstrated by the #MeToo movement, sometimes only public exposure (or disclosure) will do in creating a powerful climate for change.” A serious discussion of what disclosures and what governance systems are required to build organizational culture that dramatically ends sexual misconduct in the workplace—in nonprofits, in government, and in for-profits—is completely appropriate. And, indeed, dismantling the supporting scaffolding of patriarchy seems ever more appropriate. Making inaccurate comparisons between for-profits and nonprofits, and suggesting that this terrible passage comes from the absence of the kind of regulation that exists in the for-profit sector, is less than useless and does not honor this moment, which is very serious indeed.—Ruth McCambridge and Steve Dubb