McCutcheon and the Future of Campaign Finance Reform 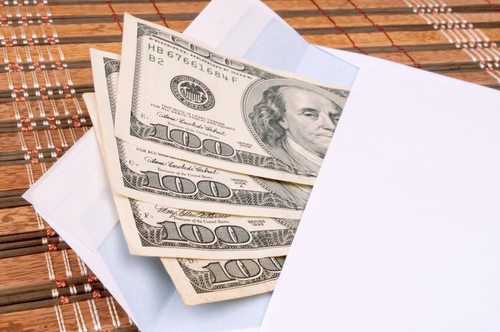 The U.S. Supreme Court is about to rule on another campaign finance reform case, McCutcheon v. Federal Election Commission. If the court rules against the FEC, it will be another step toward the domination of federal elections by big-money people and institutions. And protection from that dominance is now doubly important, as wealthy donors to Republican coffers, now turned off by the antics of Ted Cruz in the Senate and a batch of Tea Party types in the House, desert the Republican Party and, in all likelihood, begin to shop around for pro-business, anti-regulation candidates they can support who won’t bring the nation to the brink of default. This is a fluid time in campaign finance, with the potential for lots of money to shift around in the wake of some very unpopular political actions in Washington. A decision on McCutcheon is going to be as important as any campaign finance decision by the Supreme Court since Citizens United.

A wealthy Alabamian who is CEO of Coalmont Electrical Development and treasurer of the Conservative Action Fund Super PAC, Shaun McCutcheon isn’t challenging the limit of $2,600 in donations to any one candidate during an election cycle, but rather the total limit of $48,600 on contributions to any and all candidates, plus $74,600 to political parties and committees. In other words, McCutcheon wants to make as many $2,600 donations as he would like, and not be limited by a composite ceiling of $48,600.

McCutcheon represents a next step in court legislation that could dismantle limitations on corporate contributions. The post-Watergate restrictions on campaign contributions were enacted as the Bipartisan Campaign Reform Act of 2002 (BCRA), popularly known as the McCain-Feingold Act. Citizens United v. Federal Election Commission undid restrictions on corporate donations to purportedly independent political committees, and with the expansion of the use of 501(c)(4) social welfare organizations, nudged the door wider for undisclosed corporate donations. But corporations cannot under current law make direct donations to political candidates.

Regarding individual donors’ contributions to individual candidates and candidate and party committees, the Federal Election Commission provides this complex but accurate mix of contribution limits:

* These contribution limits are increased for inflation in odd-numbered years.

According to Dahlia Lithwick in Slate, only 1,219 donors reached or came close to reaching the combined $123,200 aggregate campaign threshold. Presumably, Shaun McCutcheon thinks, as does the Republican National Committee, there are many more individuals who would want to pierce that campaign contribution ceiling. The circle of people with the willingness and ability to reach these thresholds is small. The Center for Responsive Politics disaggregates the numbers of people giving at least $70,800 to political committees or giving at least $46,200 to political candidates in the 2012 electoral cycle:

Contributions of $70,800 or more to all Democratic Party committees

Contributions of $70,800 or more to all Republican Party committees

It isn’t impossible at all for Shaun McCutcheon (and the Republican National Committee) to win and overturn these aggregate limits. As they stand, the current makeup of the Supreme Court has been increasingly positively inclined to accept challenges to BCRA based on First Amendment free speech arguments, which is exactly McCutcheon’s position. If he were to win, even if the limitation on contributions to individual candidates were kept, the unlimited contributions to candidates through multi-candidate committees would make the individual-candidate thresholds insignificant.

Is McCutcheon simply a step back into the pre-Watergate system of campaign financing? The trajectory seems to be toward big money dominating our electoral process. As much as there might be concerns about the electoral dominance of a number of individuals, even bigger is the relatively unrestrained giving of billion-dollar corporations going through PACs, political committees, and 501(c)(4) social welfare organizations. The following chart shows a baker’s dozen of corporations described by the Center for Responsive Politics as the top all-time political donors (1989–2012) “heavy hitters” in terms of their political contributions—except for their donations to 501(c)(4)s, which technically are not consistently reported due to limitations on 501(c) confidentiality.

Corporate campaign donors have power to make or break political candidates. Just think about former representative Tom DeLay (R-TX), who may be considering a return to politics since a Texas court recently overturned his conviction for money laundering. Over the years, the top source of political contributions to his PAC and to his campaign was AT&T, the fourth largest was United Parcel Services, and the fifth was JPMorgan Chase.

Although very new on the political landscape, Senator Ted Cruz can count on Goldman Sachs, where his wife is a vice president. They ranked fourth in donors to his 2012 race for the U.S. Senate; they also gave Cruz what the Center for Responsive Politics described as a “margin loan” in the range of $100,000 to $250,000, which apparently increased to between $250,000 and $500,000, a substantial obligation for someone whose net worth was reported at $1.7 million. Remember, again, that Goldman Sachs as a corporation cannot and did not make direct contributions to Cruz’s campaign, but the money would come through company PACs or from Goldman Sachs employees. No doubt some of them might be well disposed to benefit from a potential McCutcheon decision opening up their potential donations to any number of candidates.

While the meteoric rise of Ted Cruz may be of special interest due to his unique role in bringing the federal government to a grinding halt, these big corporate donors—and the wealthy individuals behind them—are hardly limited to supporting Republicans. Although Altria and United Parcel Service favor Republicans with their donations, the other corporations on the list generally split their moneys relatively evenly between the parties. Piercing the donation thresholds for big donors like Scott McCutcheon and others will unleash new money into campaign financing for politicians of both parties.

The interplay of Citizens United and a potential McCutcheon decision reflects the interplay of big money behind not just candidates, but between entities manipulating Congress to favor political wings, against electing members of Congress who see themselves as governing on behalf of all of the people. The recent turn in the Republican Party, where Tea Party types whipsawed the majority into inaction and occasional incoherence, evolved somewhat from the success of state Republicans at gerrymandering one-party districts that, in a few dozen cases, were captured not by Main Street Republicans, but by a segment leaning much further to the right—even though the Tea Party’s support by the American public has been plummeting nationally. A major instrument for this has been the Republican State Legislative Committee, which has received significant corporate support in the past couple of electoral cycles:

Some might complain, quite rightly, that this analysis omits labor unions, which typically give to groups and candidates on the Democratic side. In the Center for Responsive Politics’ list of 140 all-time top donors between 1989 and 2012, we counted 29 unions (including the AFL-CIO itself). But there are many more corporations available for political giving, with revenues and assets that dwarf anything that the unions and their members might be able to deploy.

Some might say that money is speech, and if people like Shaun McCutcheon (or his Democratic counterparts) and corporations like Walmart and AT&T have more speaking-money at their disposal than the rest of us, limited to our petty cash and vocal cords, such are the breaks. If one adds the corporate philanthropic largesse of these big corporations—which, as many have shown with Walmart, has helped keep a number of grantees quiet about the corporation’s labor compensation policies—to their influence-wielding abilities, these corporate players have a lot of free speech to spend.

The influence of nonprofits in the guise of 501(c)(3) public charities is infinitesimally tiny compared to the resources of wealthy political donors, wealthy corporations, and even wealthy unions. The idea of opening up nonprofit revenues to direct campaign expenditures is, as we have noted, a fool’s errand, likely to divert charitable money into political causes with little ability to amass enough capital to make a dent against these political actors of wealth. If nonprofits are truly cognizant of their sectoral interests in maintaining an engaged democracy populated by citizens who have voice that is not overwhelmed by big money, those nonprofits should be keeping a close eye on the McCutcheon decision and preparing to think through strategies of reducing money and elevating people as the building blocks of American democracy.