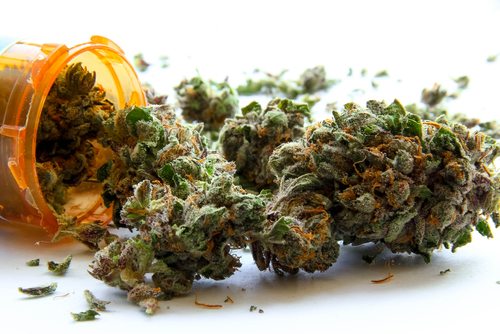 A study published Aug. 25th in JAMA Internal Medicine suggests that in states where medical marijuana laws are in place, there are 25 percent fewer deaths from overdoses of painkillers.

“We think that people with chronic pain may be choosing to treat their pain with marijuana rather than with prescription painkillers, in states where this is legal,” said lead author Dr. Marcus Bachhuber, a researcher with the Center for Health Equity Research and Promotion at the Philadelphia Veterans Affairs Medical Center.

Data from the U.S. Centers for Disease Control and Prevention was used to look, state by state, at the prescription painkiller overdose death rate between 1999 and 2010. (Deaths from prescription painkiller overdoses have risen over the past two decades, including a 118 percent increase between 1999 and 2011.) These findings were then correlated against 13 states that had medical marijuana laws at that time.

“In absolute terms, states with a medical marijuana law had about 1,700 fewer opioid painkiller overdose deaths in 2010 than would be expected based on trends before the laws were passed,” Bachhuber said. The study also found that there is a decline of 20 percent on average within the year immediately after the passage of a medical marijuana law. By the second year, overdose death rates drop by 25 percent, and by as much as 33 percent after five years.

Bachhuber cautioned that the findings don’t prove a direct cause-and-effect relationship between medical marijuana laws and a decline in overdose deaths. Still, according to John Thomas, a health law expert and professor at the Quinnipiac University School of Law, previous studies have indicated that people who receive a prescription for medical marijuana do tend to reduce other pain medication.—Ruth McCambridge