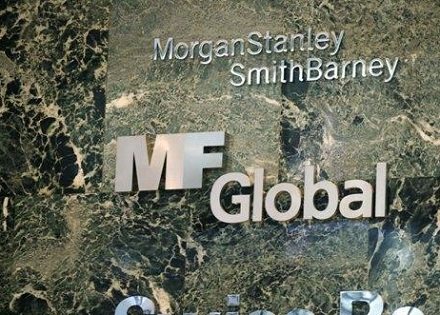 Former New Jersey Gov. Jon Corzine has a debt of gratitude to pay to JPMorgan Chase’s Jamie Dimon. Under Corzine’s leadership of the futures brokerage firm MF Global, approximately $1.6 billion went missing—disappeared—with Corzine and his colleagues answering questions with embarrassed shrugs. Not long afterwards, Dimon’s JPMorgan Chase lost more than $2 billion (maybe as much as $7 billion) on some complicated European futures bets that didn’t pan out. So what’s about $1.6 billion lost by something that no one ever heard of before, MF Global, when there’s more than $2 billion down the drain as a result of a household name, JPMorgan Chase? Testifying at the Senate Banking Committee last week on the experience of having blown billions of his investors’ funds, JPMorgan Chase’s Jamie Dimon weighed in on MF Global: “I hope they get all their money back. I still believe they will, by the way.”

We never noticed any public record of grantmaking by MF Global, but there was a dimension of philanthropy affected by the MF Global implosion. The biggest operator of futures exchanges in the U.S. is called the CME Group (CME being one of the exchanges, the Chicago Mercantile Exchange). Like the New York Stock Exchange and other exchanges, CME has its own charitable giving arm, the CME Group Foundation. According to Reuters, it suspended its grantmaking last fall in order to make payments to former MF Global customers that might have lost money when that $1.6 billion seemingly evaporated without explanation (in contrast, at least Dimon could tell Congress where and how JPMorgan Chase lost its billions).

CME basically devoted the resources in the CME Trust to pay MF Global clients. Why is CME Trust on the hook? Because CME Group was responsible for regulating MF Global, reviewing its financials, and reporting problems with the firm’s compliance with commodity exchange regulations. It seems to have failed pretty miserably in this one instance. The CME Trust happens to be the foundation’s only revenue source.

But the Trust wasn’t always meant to be a funding source for philanthropy. The Trust was created in 1969 for the purpose of assisting clients if a broker became insolvent. Because the CME had strict rules for keeping brokers’ funds separate from clients’ funds, insolvencies like MF Global’s (which comingled funds) just weren’t happening, so in 2005 CME decided to devote the funds to charitable giving. With the MF Global debacle, the Trust had had to resume its original role of compensating harmed investors.

Notwithstanding the role of the Trust vis-à-vis MF Global clients, CME has restarted grantmaking from its foundation, mostly to Chicago-area educational programs, with a notable emphasis on charter schools and school choice. Although the foundation gave out about $3.8 million last year before grantmaking stopped in November, it expects to award only about $3 million this year.

One suspects that nonprofits, even somewhat more risk-oriented foundations, were not likely to have been risking their charitable dollars on commodity futures, so we shouldn’t expect to see large numbers of nonprofits going down the tubes with this crisis the way they did with Madoff. But are nonprofits suffering collateral damage in the MF Global collapse? Were nonprofits recipients of grants directly from MF Global? Were nonprofits getting contributions from investors that now can’t deliver because they lost their shirt in the Corzine-run firm’s misplacement of their moneys? Tell us if your nonprofit was a direct or indirect victim of the MF Global collapse.—Rick Cohen