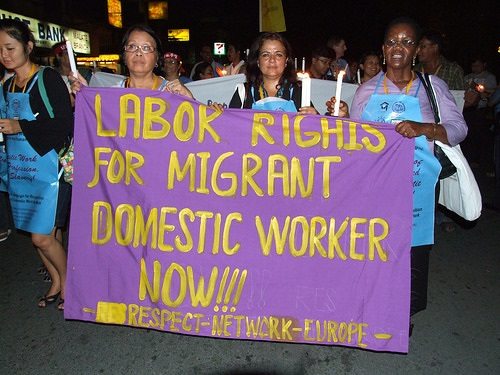 Prior to the order, home health care workers had been exempt from wage and overtime requirements per a law passed by Congress. Judge Leon wrote, “Here, yet again, the (labor) department is trying to do through regulation what must be done through legislation.”

The rule was “legally sound and the right policy,” the Labor Department said in a statement, “both for those employees, whose demanding work merits these fundamental wage guarantees, and for recipients of services, who deserve a stable and professional workforce allowing them to remain in their homes and communities.”

The state of California had already included the funds necessary to cover the salary assurances in this and next year’s budgets. (There are approximately 2 million home care workers across the country; California pays 400,000 such workers.)

“Home care providers throughout the state will be working together to hold the governor to his commitment as the judge’s ruling does not prohibit the state from fulfilling its promise of overtime,” Jon Youngdahl, executive director of the SEIU California State Council, said in a statement.

In a separate statement, Doug Moore of the United Domestic Workers of America said the ruling “disproportionately impacts women, who make up 90 percent of America’s two million homecare workers.”

“Homecare is a physically demanding, often emotionally challenging and poor paying endeavor. Many workers are family members or trusted friends of residents who are elderly or have severe disabilities. They offer these individuals the dignity they deserve, and they offer families comfort and assurance that their loved ones are in caring hands. […] In-home care should be treated as the real job it is, with equal rights and protections. Once again, we call on Governor Jerry Brown and the Legislature to uphold the state’s commitment to California homecare workers, and move forward with providing overtime pay and labor protections in 2015.”

Allison Padgett, spokeswoman for the UDW, said the state’s decision was “shameful”:

“Our state’s caregivers are often living at the poverty level, and they’re just trying to make ends meets while trying to help some of our most vulnerable residents live with dignity.”