Minnesota Orchestra Musicians Prepare for Life without the Organization 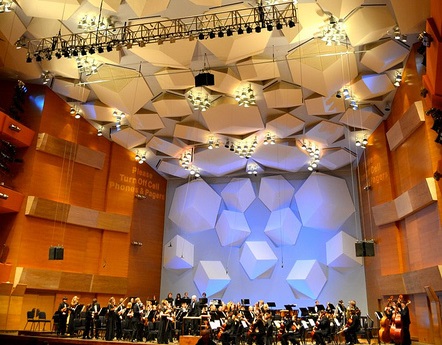 On Monday, in front of a 300-person crowd, the locked-out musicians of the Minnesota Orchestra resolved publicly to continue performing concerts with or without the Minnesota Orchestral Association. Further, they have not only been performing for money, earning $201,289, but they have raised $650,000 in donations, both from individual donors and from players at 87 other orchestras.

Tim Zavadil, who is a clarinetist and the leader of the negotiating team for the musicians, said that three-quarters of the group’s concert budget is used to pay musicians. They also compensate guest performers, but the checks are often returned. Zavadil reiterated that their preference is to reach a contract settlement with the orchestral association, but he also unveiled plans for concerts through next spring, including guest appearances by other musicians, such as violinist Joshua Bell and conductor Hugh Wolff. Cellist Tony Ross, a member of the negotiating team, said, “We are doing this because we are a family and you, our audience, are part of our family.”

Still, Zavadil said that the musicians are not making any plans to move forward permanently sans the orchestral association, but they have made an application to IRS to form a 501(c)(3).

The Star Tribune writes that the regional director of the National Labor Relations Board said that there is case law suggesting that if a union competes with an employer, the employer could be justified in refusing to deal with the union—but, “Having said that, I don’t know if that would apply in a circumstance like this where the union is responding to a lockout. Employees who are locked out have a right to seek other employment.”

Meanwhile, the orchestra has been nominated for a Grammy Award for its recording, Sibelius: Symphonies Nos. 1 & 4.—Ruth McCambridge