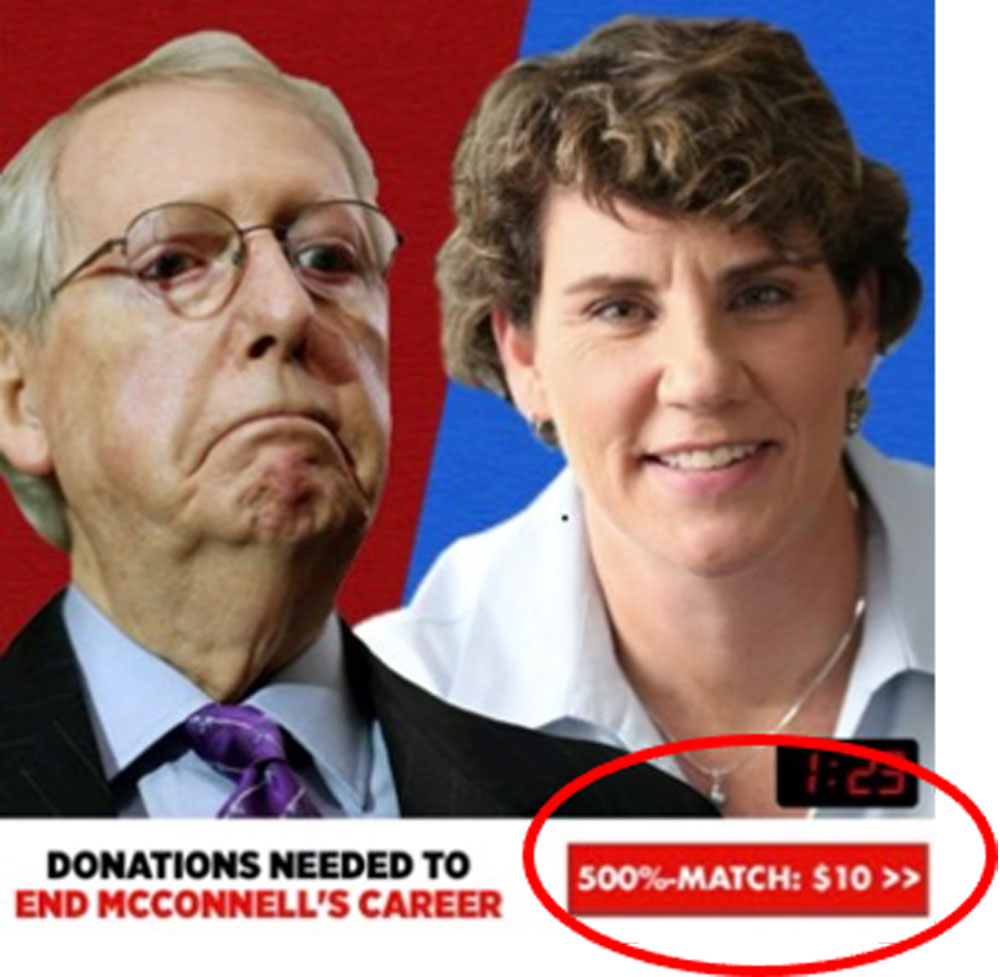 In early October, Donald Trump’s fundraising campaign promised supporters their gifts would be matched at a rate of 825 percent. Articles and newswires quickly followed, debunking the claim, with some casting doubt on the larger practice of matching gifts. The subhead to Mother Jones’ post read: “Most offers of matching campaign donations aren’t real, but this one really seems like it isn’t.”

Lavish matching gift promises are not a partisan ploy. In a recent Facebook post, a fundraiser for Democratic Senate candidates offered a 500-percent match. And a recent study by researchers at Princeton University reported that 13,000 of the 100,000 political fundraising emails analyzed from this election cycle contained some claim of a donation match.

But popularity does not translate to efficacy—and nonprofit fundraisers considering similarly extravagant invitations should reassess:

In a matching gift, the donor agrees to give a set amount for each gift given by others—perhaps dollar for dollar—up to a predetermined limit. This can be a good tactic to recruit new donors or upgrade current ones, especially if the match qualifies for donor recognition levels. And the organization is guaranteed to receive at least a portion of the matching gift, even if they don’t hit the full target. But the credibility of matching gifts is undermined when there is a strong suspicion that the donor will make the entire gift regardless of the success of the match.

A challenge gift is a lump sum, to be given when the fundraising campaign hits a pre-established target. This can be appealing to large-dollar donors who want to be sure that their extraordinary gift doesn’t dissuade others from donating. For example, when a group of local citizens wanted to create a new children’s museum in Northwest Arkansas, a large family foundation agreed to give half of the projected $20 million cost, but only when the organizers had raised the first $10 million. As a result, the organization engaged a broad group of supporters who have continued their support as members and donors. But there’s greater risk; had they failed to reach the target within the specified time period, they may have gotten nothing from the challenge grant donor.

Matching and challenge gifts have the potential to create a mutual relationship between large and small donors, helping to restore some of the imbalance that has emerged in philanthropy. They can be an effective tool for engaging major donors, rallying grassroots supporters, and pushing a fundraising campaign over the finish line. But for donors to embrace a match opportunity, strategies must be grounded in research and authenticity. For example…

Matching and challenge gifts have the potential to create a mutual relationship between large and small donors. Done right, they just might help to restore some of the undemocratic imbalance that has emerged in philanthropy.

Laura MacDonald is principal and founder of Benefactor Group and chair of the Giving USA Foundation.