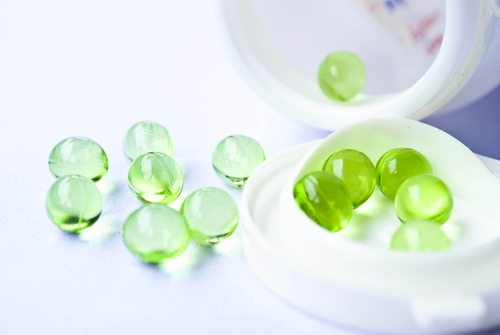 Massachusetts, Connecticut, Maryland, New Mexico and Tennessee are the only five states that have no law that permits assisted outpatient treatment (AOT), which allows persons with mental illness to remain in their communities provided they maintain their court-ordered treatment regimen, which may include the use of psychotropic medications. Massachusetts state Rep. Kay Khan, a psychiatric nurse, has introduced legislation this week that would grant a broad array of interested persons the authority to petition the courts to force assisted outpatient treatment for a person with severe mental illness who poses a risk to himself or others, including: licensed physicians, the state Department of Mental Health, any adult residing with the person with severe mental illness, any parent, spouse or adult sibling or child of that person, or any superintendent of a residential mental health treatment facility.

This renewed push for an assisted outpatient law coincides with the murder over the summer of 24-year old Amy Lord, a Web designer from South Boston, whose alleged abductor and killer had been repeatedly hospitalized for serious mental illness. The suspect, Edwin Alemany, had previously warned treatment authorities while in a public mental health treatment facility that he would stop taking his medications upon release.

There are determined advocates in Massachusetts on both sides of this controversy, with the Virginia-based Treatment Advocacy Center one of the most vocal proponents for the assisted outpatient treatment legislation. The Advocacy Center issued a report recently to coincide with the discussion this week of Khan’s bill in the state House. The report asserts that the lack of such a law heavily contributes to homelessness, violence, and the packing of prisons with men and women with severe mental illness. At the same time, the Advocacy Center takes the tack of compassion, asserting that if passed, the legislation will afford many people with mental illness the treatment they need to maintain their health.

State Rep. Khan sums up the concerns with resting upon voluntary use of psychotropic medications: “The problem often comes when someone with a history gets on the medications and things start going well and they feel they don’t need to take them anymore. That’s where the trouble can start, with the whole cycle repeating itself.”

Supporters of this type of legislation point to success in other states such as New York, where Kendra’s Law, enacted shortly after a young woman was pushed in front of a subway train and killed in 1999 by a person with severe mental illness who had stopped taking his medications, has not only reduced the magnitude of violence perpetrated by persons with severe mental illness, but saved the state significant funds as well by reducing the incidence of hospitalizations. Kendra’s Law and similar laws in other states provide for arrest and forced inpatient treatment for subjects of outpatient treatment orders.

On the other hand, opponents, both public and private, adamantly voice concern about the usurpation of the civil liberties of people with severe mental illness where forced treatment is in play. A great many of these objectors are persons who themselves have severe mental illness. Lynda Cutrell, a past president of the Massachusetts chapter of the National Alliance on Mental Illness, states that, “We don’t want to be in a place where peoples’ rights are impacted; I have heard from many people who are afraid that this is going to involve something that is forced.” Cutrell does acknowledge, however, that the status quo does not serve any constituency well, saying, “We do absolutely know that we need change.” Anna Chinappi, who is a spokeswoman for the Massachusetts Department of Mental Health, echoes Cutrell’s sentiments, and cautions that “any change in the mental health system that deprives people of their civil liberties based on disabilities requires thoughtful and careful consideration and further study.”

Some opponents voice budgetary concerns, and there is a debate about the viability of the existing power that state courts already have to order hospitalization in certain cases. The recent mass killings in Arizona, Colorado, and Connecticut are invoked by both sides; advocates of assisted outpatient treatment law believe such horrors can be decreased, while opponents rightly cite that Arizona and Colorado have such laws on the books already.

There is no telling if Khan will be successful in leading Massachusetts to be the 46th state to enact a forced outpatient treatment law, given the strong importance of reducing homelessness and violence on one hand, and the protection of civil liberties on the other. And with Massachusetts facing large fiscal problems and recent reductions in mental health treatment spending, cost unfortunately might be the deciding factor rather than a studied determination of how effective legislation might be in advancing the welfare of Massachusetts citizens, both those with severe mental illness, and the population at large.—Louis Altman