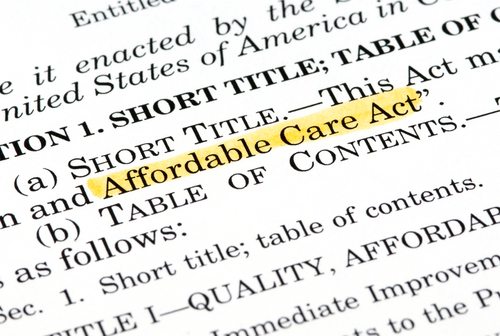 Jerry Markon’s report in the Washington Post on the struggles and possible failure of several of the nonprofit health insurance co-ops in the nation’s new healthcare insurance system is a disturbing indictment—not of the co-ops, but of the toxic dynamic of American politics.

“These co-ops,” Markon writes, “started as a great hope for lowering insurance costs, are already in danger.” He cites intentional obstacles placed by Congress in the path of the co-ops—converting the originally planned start-up co-op grants to onerous loans with tight repayment schedules, preventing them from using their federal funds for marketing, strictly limiting them from selling insurance to large employers, preventing them from banding together to negotiate joint contracts with doctors, and cutting them out of access for future funding in the fiscal cliff agreement.

It adds up to a recipe for failure, one might think preordained, conscious failure anticipated by the federal decision-makers who erected these barriers. Maybe the co-ops will prove the experts wrong, but reviews by the Health and Human Services (HHS) Inspector General, the private firm Deloitte, and others suggests that it will take heroic efforts and an awful lot of counterintuitive good fortune for the nonprofit co-ops to succeed against these obstacles.

What happened to lead to this scenario?

It must be patently clear that much of this could have been avoided had the Democrats hung tougher on the public option. Accepting compromise after compromise led Democrats toward the current structure of the Affordable Care Act, many elements of which feel cobbled together, rather than planned. It is also clear that, like the Republican obstructionism toward the state healthcare exchanges and toward the health insurance navigators, the treatment of the co-ops was meant to make them all impossible to implement.

Markon quotes health insurance co-op representatives who sound ready to wage the good fight to succeed. Peter Beilenson, the CEO of Evergreen Health Co-op in Maryland, told Markon, “This is by far the most challenging thing I’ve been involved with in my 21-year career.” Briggs Hamor of Ohio’s InHealth Mutual co-op acknowledged that some co-ops will probably fail, but said “There really is a fighting chance for us.”

Those are admirable sentiments, but the nonprofit sector has to see this situation for what it is. At a minimum, it is a stunning demonstration of distressingly bad legislative decision-making on the part of all parties. If nonprofits care a whit for the success of our democratic form of government, they have to be at the table to help society develop appropriate fixes to America’s weakening governmental processes.

At a more fundamental level, the debilitating efforts of Congress toward the co-ops are part of a disturbing trend. Core elements of the Affordable Care Act are largely nonprofit: health insurance co-ops, navigators, exchange exchanges, and nonprofit hospitals. The attacks on the Affordable Care Act, regardless of intent, add up in effect to an attack on nonprofits. Opponents of the ACA may be blaming the Obama administration for implementation problems, but it is all but assured that because of the significant nonprofit dimension of the ACA, the nonprofit sector will absorb a share of criticisms for elements that don’t succeed as needed. Nonprofits had better see their vulnerability in this scenario and stand up for national health care reform, both as a necessity to improve healthcare outcomes for the tens of millions of underinsured and uninsured people in this nation, and for the defense of the nonprofit sector’s role in the most important social policy advance in the country of this generation.—Rick Cohen