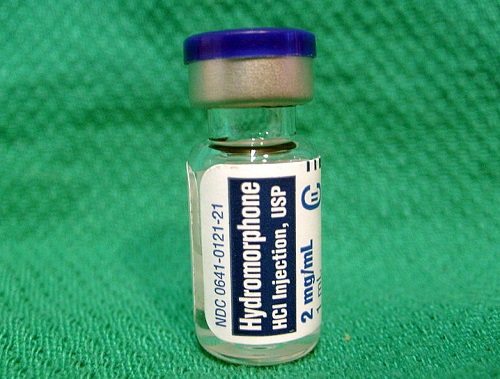 The Louisiana Department of Corrections needed a certain drug to carry out the execution of Christopher Sepulvado, which was scheduled for early February, so it asked Lake Charles Memorial Hospital if they could buy 20 vials of hydromorphone.

Such requests are not uncommon. “We assumed the drug was for one of their patients, so we sent it. We did not realize what the focus was,” said Ulysses Gene Thibodeaux, who is not only a board member for the hospital, but also a chief judge of the Third Circuit Court of Appeal. “Had we known of the real use, we never would have done it.”

Thibodeaux said that the practice of helping other pharmacies with drugs has been somewhat routine until now. “We never inquire into the purpose for it. We assume it’s for legitimate and noble purposes,” he said. “We have assurances from our CEO, who is a very forthright guy, that this will not happen again.”

In the end, Sepulvado wasn’t executed in February because an execution in Oklahoma using the same drugs was botched.

States that still use the death penalty have been having difficulty finding the drugs they need for lethal injections after their sources abroad started refusing to sell to prisons. Sources here in the states did not want to sell to them either because it implicated them in the process. Some states tried to employ a veil of secrecy, but that is still being tested by advocates.

In Louisiana, for instance, a mere five days before the execution, the Department of Corrections declared publicly that it had obtained both drugs it needed to execute Sepulvado but would not reveal the source. A judge ordered it to be revealed to Sepulvado’s lawyers only. In the end, Thibodeaux and another source have revealed that the hydromorphone came from Lake Charles Memorial Hospital and the drugs were sent to Elayn Hunt Correctional Center’s Medical Unit, described as a “medical facility for seriously or chronically ill offenders.”

Deborah Denno, a professor at the Fordham University School of Law, said that if suppliers like Lake Charles don’t want to be involved in executions, they could require a contract that prohibits its use for the purpose, which drug manufacturers like Hospira and Lundbeck have done.—Ruth McCambridge