A Nonprofit-in-Debt Story of Your Dreams 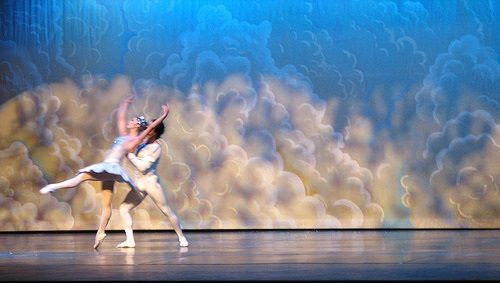 This is a feel-good story. It’s given me some happy “what if” moments, and I hope it does the same for you.

It seems that when Jason Cobb, company manager of the Columbia City Ballet, took a rush trip to the bank a few weeks ago to pay an about-to-be-late, hard-won payment of $957 on a $148,000 debt, he found it had already been paid.

The banker simply told him that the payment wasn’t needed; the debt had been paid in full.

So Cobb returned to the offices of the Columbia City Ballet to pass the information along. The group’s director, William Starrett, at first thought Cobb had maybe gone to the wrong bank, but “sure enough, it had been paid off,” Starrett recalls. “[The bank] said someone had come in yesterday and paid the entire bill.”

Although the donor wishes to remain anonymous to the public, Starrett says he knows who the donor is. The person had, in fact, said he wanted to help the company, but had not mentioned a level. “I called the president of our board and our treasurer and they were dumbfounded; they knew this person had pledged to help us, but they had no idea to what extent,” Starrett said. “I immediately called and thanked [the donor].”

Starrett says that having that eleven-year-old debt paid off puts the City Ballet on more secure footing than it’s been on in 30 years. Can’t hurt their fundraising, either, he adds. “They look at debt-to-budget ratio.”

On the other hand, he also fears that future donors will refrain from giving, seeing the Columbia City Ballet as now rich enough to no longer need help. “Even though we are 54 years old, arts organizations are vulnerable,” he says. “The ballet in Charleston folded. There is no ballet company in Savannah or Charleston. It’s really something that can happen.”—Ruth McCambridge