Does Being a Nonprofit Matter to the Market? The HMO Tax Status Question 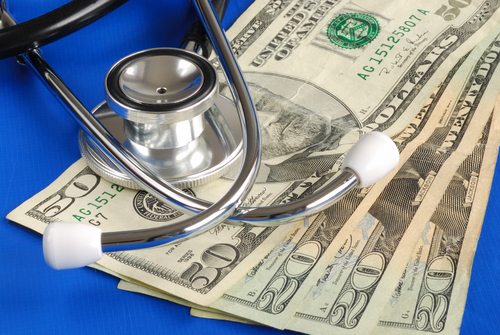 Economist and columnist Edward Lotterman observes that Minnesota is about to be the last state to permit the establishment and operation of for-profit health maintenance organizations, or HMOs. Lotterman looks at for-profit HMOs and ruminates on the broader nature and effects of regulation for-profit versus nonprofit corporate operations on consumers and the market.

The HMO was a health care insurance innovation in the 1970s that promised data-driven managed care (and, more importantly, care costs) by covering “care rendered by those doctors and other professionals who have agreed by contract to treat patients in accordance with the HMO’s guidelines and restrictions in exchange for a steady stream of customers.” HMOs pioneered the concept of the primary care physician as the gatekeeper or initial access point for all medical services, a concept that predated the “medical home” model built into the Affordable Care Act of 2010.

Originally established as a federal mandate in 1973, HMOs were set up in all states. Twelve states prohibited for-profit HMOs, fearing that profit-seeking by investors would drive out weaker competitors and defeat the key purpose of the organization—to help manage health care costs and health insurance costs while maintaining or improving health care for patients. Conversely, there were concerns that nonprofits were using government bans to eliminate competition and take the market for themselves. In practice, the HMO model had its problems, but abuses by for-profit corporations weren’t among them, according to Lotterman. Over the years, states with prohibitions removed them with little change seen in the market. Minnesota’s action is anticipated to have little or no effect on providers, patients, or competitors. After all, as Lotterman observes, Minnesota’s health care expenses are low by national standards and margins continue to shrink, reducing the opportunity for profiteering by anyone, for-profit or nonprofit.

Lotterman uses this example as a jumping-off point for a broader discussion. Does the traditional thinking still hold true that nonprofits are encouraged when it is considered either unprofitable for for-profits to enter a market or when a well-defined group (like a nonprofit mutual organization’s membership) has specific market knowledge that will enable it to serve its members better than a more distant for-profit entity?

It’s easy to assume that for-profits are greedy and shortsighted and nonprofits are altruistic and future-focused. However, for-profits must satisfy a consumer need in a typically competitive and fickle market or risk extinction. On the other hand, while most nonprofits are mission-driven and often neglect their own capacity-building and executive development needs, there are nonprofits that are insulated from the marketplace by government contracts, grants, and other support while using the nobility of their stated mission as a shield against accountability and a support in maintaining job security for their staffs. Both extreme perceptions are harsh; in practice, the truth lies somewhere in between and is highly situational.

The key benefit to nonprofit status is the freedom from profit-seeking by investors, up to and including the temptation to sell the organization’s assets or change its mission and activities to seek additional asset value. For 501(c)(3) charities, there is additional benefit in the opportunity to accept tax-deductible support in the form of charitable gifts. These benefits, however, are not without considerations. Charities can attract gifts, but nonprofits (including charities) find it very difficult or impossible to attract investors. Also, especially in volatile markets like health care, nonprofits are merging, being acquired, or going out of operation just like their for-profit counterparts. Nonprofits and charities alike are feeling pressure to pay some taxes or provide payments in lieu of taxes (PILOTs), so the concept of nonprofits as tax-exempt is not absolutely true.

He believes that “when you get to very large organizations, the day-to-day incentives for managers don’t differ much between ‘for-profit’ and ‘nonprofit.’” Nonprofit executives don’t have access to asset-based compensation, but it’s common for pay to be tied to corporate performance and company size just like their for-profit counterparts. Nonprofit status doesn’t guarantee good customer or member service, according to Lotterman: “The uniformed services mutual that I have gotten insurance from for decades is one of the best-run enterprises I have ever dealt with. And my college teachers insurance and retirement mutual is one of the worst.”

Whether a corporation is tax-exempt or not doesn’t matter as much as what the corporation does as an organization, according to Lotterman. The keys to success are similar—meet a market need in such a way as to satisfy stakeholders. Operate within the bounds of the law and propriety, since the government and the public are stakeholders, too. Be both mission-driven and sustainable, while maintaining sufficient flexibility to adapt when necessary or prudent. The market seldom notices or cares about the tax exemption of its providers, especially when considering large for-profit and nonprofit corporations.

That said, in some fields, nursing homes and hospice in particular, tax status and the practices that go along with it do appear to make a difference in quality of care and costs to taxpayers. We would love to hear from readers on these issues.—Michael Wyland