Nonprofit Navigators are Heroes and Heroines of Healthcare Reform 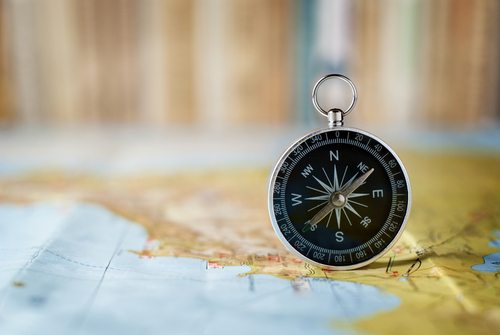 Regardless of one’s feelings about the Affordable Care Act, it is difficult to not admire the efforts of the nonprofit navigators who have been helping people sign up for health insurance on the exchanges. The navigators’ jobs were hardly easy, hampered by exchange websites ridden with “glitches,” to use the term of the moment, if not actually seriously and fundamentally flawed. Navigators were launched by the federal government way too late in the ACA timetable and given inadequate time to prepare and train, but they have generally persevered in their mission. As they struggled to help people sign up for insurance, they have found themselves under attack by state legislators and members of Congress eager to find ways to hinder and limit their activities.

The navigators are a stunning example of what it means to be a nonprofit: helping disadvantaged people access the resources and support they need and deserve and, in the process, making government programs actually work despite being riddled with elements that look virtually designed to make them all but dysfunctional.

Among those who most need access to ACA-provided insurance options, people of color are often disproportionately represented among the uninsured. As a result, it isn’t uncommon to find navigators working on helping African-Americans and Latinos get coverage, as with the collaboration of MNsure Navigators and the Stairstep Foundation in Minnesota, which is reaching out to black churches to serve as hubs for locating and signing up uninsured people.

With the sign-up deadline fast approaching, navigators find themselves working with larger caseloads and with people who often still don’t know what the options might be. Many potential clients have procrastinated seeking assistance and clarification. Last-minute signups often ask navigators in Huntsville, Alabama the same sorts of questions: “What is the price I’m going to get? What is the deadline about? What are the fines? Can I get Blue Cross or Humana? What exactly does this mean for me and my family.” Others may be like Pastor Zina Jacque in McHenry, Illinois, who found out that her church was dropping its health insurance coverage in 2014, forcing her to come to the McHenry navigators in desperation for help in exploring the options on the marketplace.

In Western Pennsylvania, the nonprofit Resources for Human Development has deployed 30 navigators, who as of March 14th had helped 18,500 persons. To reach people, Resources’ navigators have had to be creative, setting up in YMCAs, Salvation Army facilities, and churches where uninsured people who don’t automatically qualify for Medicaid may be found. Although undocumented immigrants are excluded from ACA coverage, there are millions of Latinos in this country who can and should qualify, though they constitute a disproportionately high part of the nation’s uninsured. The right-wing press went apoplectic recently about Enroll America field organizers going to the Mexican consulate in Brownsville, Texas to host an enrollment fair. A spokesperson for Senator Jeff Sessions (R-AL) decried the use of the consulate for a health fair, concerned that non-citizens might end up enrolling or that the offer of health insurance might be an inducement for people to immigrate to the U.S.

The idea that non-citizens wouldn’t be able to get coverage even if they tried to enroll didn’t seem to cross the unnamed Sessions spokesperson’s mind, and the notion that private health insurance to be purchased on the exchanges would be the kicker to make someone enter the country illegally is hard to fathom. Rather, the Enroll organizers were simply using a site where many underinsured and uninsured Latinos might gather and feel safe enough to raise issues and ask questions. But the xenophobia of the Sessions reaction, that using consulates of the Mexican government to find potential enrollees would “subvert the principle that those seeking to lawfully enter the U.S. should be financially self-sufficient,” exemplifies the punitive motives of many of the opponents of the ACA, especially in that people of color are overrepresented among the pre-ACA underinsured and uninsured.

What the critics don’t get about the nonprofit navigators is the mission fulfillment they get helping people obtain insurance coverage by providing navigational assistance through a complex law with multiple options, deadlines, and potential fines. In Fredericksburg, Virginia, Bill Botts is a navigator employed by ENROLL Virginia. He used to be a legal aid lawyer. As a navigator, he and his colleagues go to public libraries, community health centers, and the United Way’s income tax preparation sites to find potential clients. He has seen people from all over the world, including one morning when his clients were from Peru, South Sudan, China, and Honduras.

Does he regret the decision of trading his legal aid job for ACA navigation?

“I thought legal aid for 38 years was the best life you could hope for…But this is more satisfying and more uplifting than I could ever imagine,” the retired director of Rappahannock Legal Services said. “You don’t appreciate what it means to have access to health care and health insurance until you see so many who don’t. They hug you and they start crying or saying, ‘God bless you.’”

After the end of ACA enrollment, Botts plans to continue working to help people access and use health insurance options through the ACA. The Affordable Care Act might have needed navigators, given its legislatively mandated complexity, but it has had an unexpected effect on the nonprofit sector. After the official enrollment period ends, the navigators will be an embedded, continuing part of the nonprofit sector’s assistance to people facing healthcare needs. For people without health insurance and for people in health crises, the navigators will have been and will continue to be heroes and heroines.—Rick Cohen