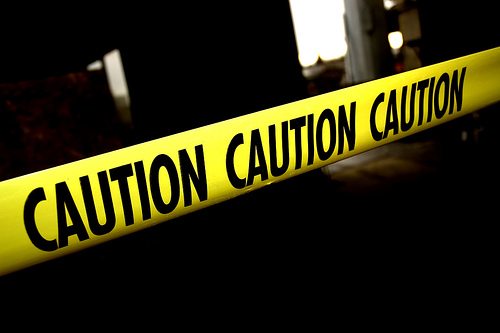 The state of New York’s Office for People with Developmental Disabilities just recently sanctioned a community-based center called Footings in the upstate town of Monroe for financial mismanagement, Medicaid fraud, and even more disturbingly, “a substantiated claim of psychological abuse by its executive director.”

That doesn’t mean that Footings is being shut down or cut off from its access to state government funding, but that it is going to be closely monitored by OPWDD from here on out and cannot expand its services by taking on new clients for the moment. However, the state informed the Footings executive director, Rori Cooper Corbin, that it could take further actions against the agency.

Two aspects of this story are worth citing as lessons for other nonprofits.

First, a number of the charges involved illegal loans made and excessive charges paid by the agency to a Corbin family business. Just a matter of some inappropriate loans and payments to a firm linked to the executive director? It seems like more. In the OPWDD letter to Corbin, the state wrote, “OPWDD expressed significant concern about the Board’s ability to assure appropriate governance and oversight of the agency.”

One guess might be that’s because the board is full of people named Corbin or people related to the Corbins, at least according to the 2011 Form 990, the last available Footings tax filing available on GuideStar. At least two daughters to executive director Rori Cooper Corbin and her husband and board member William Corbin are employees of the nonprofit. Among the various business entities that are revealed in the nonprofit’s 990s as potential Corbin-related business entities as Little Foot LLC (the recipient of a $45,000 investment in 2008, acknowledged in an independent audit, but not listed as a related party transaction until the 2011 Form 990), daughter Drew Corbin’s Dynamic Motorworks (2007, 2008, 2009, 2010), and daughter Joannah Miley for proposal writing services (2009). It would seem that the $45,000 “investment” in Little Foot might be the illegal loan that OPWDD cited.

Nonprofits are not meant to be family businesses. Nonprofits that are structured and governed as such are waving big red flags at government funders, regulators, and hopefully at their nonprofit peers. Whenever they are discovered, they do damage to the credibility of other nonprofits that really do operate as legitimate entities serving the public good, not the family wallets. Were other nonprofits aware that Footings was almost entirely a Corbin family entity? What the heck were the accountants who signed off on all of this thinking? What kind of board oversight would occur with a board comprised of various children plus a spouse and brother-in-law of the executive director?

The other part of this story worth mentioning is that the state’s intervention occurred because of a young whistleblower, 24-year-old Melissa Celic, who worked for Footings as an assistant preschool teacher and rehabilitation specialist. Her pay was all of $13.50 an hour, but that didn’t stop her from loving the idea of working with persons with developmental disabilities. However, she said, although the executive director created Footings as a day care center and preschool, “it was neither.”

“When I was there, it was only her grandchildren and some of the employees’ kids,” Celic said. “That was a giant red flag. In no way did it meet the standards to have a day-care license.” Celic reported on Corbin’s falsification of Medicaid billing and other illegal financial transactions. Celic’s concerns were substantiated by the OPWDD findings.

Celic wasn’t the only whistleblower. Other employees charged he had been wrongfully terminated after bringing his suspicions of Medicaid fraud to another state agency, the Commission on Quality of Care. Executive director Corbin responded in court documents that this employee and another, also terminated, were conspiring “to disrupt, and even to destroy, Footings’ business operations.” She also charged that they were having an affair. The wrongful termination suits and countersuits are still ongoing.

Nonetheless, what is clear is that the state didn’t uncover the wrongdoing at Footings on its own. If it hadn’t been for whistleblowers, this seemingly Corbin family business masquerading as a nonprofit would not be the subject of OPWDD findings and sanctions. There’s probably no big payday—or payoff—for Celic and the other Footings whistleblowers, other than the gratification they got from having exposed the financial mismanagement and fraud at the center.

Hopefully, with the state now closely monitoring, Corbin and Footings will right their ship and become the community-based developmental center it should be. But that means operating like a nonprofit, not like a family business, and remembering that the first line of defense for the consumers of Footings services may well be the people—other than family members—hired to serve them.—Rick Cohen