Nonprofit Trustees May Be Held Financially Liable for Lapses in Pennsylvania 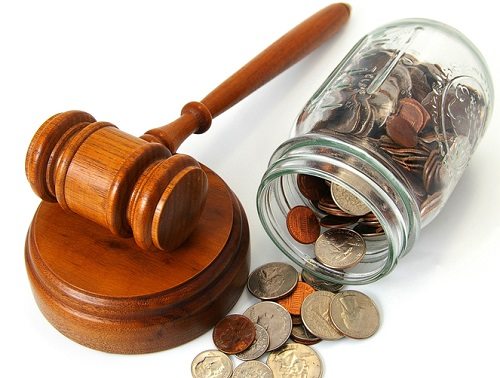 In Pennsylvania, a cultural center with an expensive, four-year-old building faces foreclosure on a $7 million construction loan debt. An amusement park that opened in 1892 has in recent years sustained fire damage (twice in recent years) and did not have property insurance. In both cases, trustees are being called on the carpet by State Attorney General Kathleen Kane’s office, which says it “has a responsibility to hold board members to their fiduciary responsibilities under the Commonwealth Attorneys Act.”

Both of these situations, as reported by Tribune-Review writer Melissa Daniels and elsewhere, should make nonprofit board members sit up and pay attention—and perhaps start asking some important questions.

In October, Kane’s office petitioned Crawford County Court of Common Pleas to oust the current trustees of Conneaut Lake Park, an amusement park in Western Pennsylvania. Among the fiduciary lapses cited in the petition are the board’s failure “to take advantage of business opportunities that would have generated more revenue” and “failure to insure Dreamland Ballroom and The Beach Club,” as cited in a Meadville Tribune article. Should Kane’s petition be approved, the soon-to-be-ousted trustees collectively would be on the hook for a “surcharge” of $1 million to offset some of the expenses associated with a breach of trust—in this case for failing to protect the park’s assets and manage its finances properly.

In November, after a group of state and local elected officials wrote to Kane in an effort to save Pittsburgh’s August Wilson Center for African American Culture, her office announced it would audit the organization and require it “to account for the administration of its charitable assets from 2006 to the present,” according to a report in the New Pittsburgh Courier. The state audit may not stop the foreclosure proceedings, and the future of the center appears to be in jeopardy. The fiduciary issue here is whether the trustees approved construction of the $40-million building without having a clear plan for how to pay for it.

In the TRIBLive article by Daniels, Kane spokesman Joe Peters is quoted as saying, “When someone takes a position on a board, they knowingly take on that fiduciary obligation.”

Would that it were so. While the state’s nonprofit laws make it clear that directors have a responsibility to make decisions based on the best interests of the nonprofit and to stay informed about the nonprofit’s affairs, not every trustee does his or her due diligence before joining a board, and many do not fully understand what they’ve signed on for. “Duty of care” and “duty of loyalty” are big responsibilities, but as Tish Mogan of the Pennsylvania Association of Nonprofit Organizations notes, “Board members get on boards mostly because they’re committed to the mission, or because somebody asks them…there hasn’t been a lot of emphasis on this legal fiduciary role.”

For those already serving on boards—or the nonprofit leaders who rely on trustees to help deliver their missions—these two cases underscore the need for board education regarding fiduciary responsibilities and good governance. Not every trustee needs to be a financial or legal expert, but every trustee does need to be engaged and does need to speak up or ask questions if something doesn’t make sense.

For those considering board service—or those in a position to recruit new trustees—this recent BoardSource blog post offers good advice about the due diligence required before making “a major, multiyear volunteer commitment” like joining a board. This kind of advice might help prevent a well-intentioned board member from being called on the carpet by a state attorney general.—Eileen Cunniffe