As nonprofits, many of us understand that, though our daily work is often about addressing social challenges, our larger work is to strengthen civil society. Therefore, it is worth exploring Rana Dasgupta’s recent assertion that “On the eve of its centenary, our nation-state system is already in a crisis from which it does not currently possess the capacity to extricate itself. It is time to think about how that capacity might be built.”

Dasgupta, a British Indian writer who tracks the forces of globalization, expounded in a Guardian article last week, headlined “The demise of the nation-state,” on the waning of the nation-state’s “influence over human circumstances.” In other words, nation-states can no longer deliver on their moral promise of spiritual and material development of its citizens.

For Dasgupta, globalization has brought about the nation-state’s “loss of control over money flows.” Financial elites escape national allegiances by offshoring money to avoid paying taxes, the fuel for nation-states. Further, as more and more people are displaced by internal strife, the concept of nation-state has led to a situation where refugees are the “new normal.” According to Dasgupta, “Since 1989, barely five percent of the world’s wars have taken place between states: national breakdown, not foreign invasion, has caused the vast majority of the 9 million war deaths in that time.”

Dasgupta implores us to act now: “Without political innovation, global capital and technology will rule us without any kind of democratic consultation.”

But first, we need to stop pretending there is no alternative. Dasgupta reminds us that, just like many other things that seem unchangeable, the concept of the nation-state was invented in the west in 1648 with the Treaty of Westphalia, which compelled the developing European nations to take large-scale conquest out of Europe and pivot to the project of colonization.

Change is already underfoot, however. Dasgupta points out that “Big data companies (Google, Facebook, etc.) have already assumed many functions previously associated with the state, from cartography to surveillance. Now they are the primary gatekeepers of social reality: membership of these systems is a new, corporate, deterritorialized form of citizenship, antagonistic at every level to the national kind. And, as the growth of digital currencies shows, new technologies will emerge to replace the other fundamental functions of the nation-state.”

Dasgupta offers three next steps. First, develop systems for global financial regulation that allow the capture of personal financial wealth for the public, or the commons. Today, 94 percent of Apple’s cash reserves, or $250 billion, is held offshore. He advises us to not “heed those interested parties who tell us global financial regulation is impossible: it is technologically trivial compared to the astonishing systems those same parties have already built.”

Second, develop global flexible democracy where nation-states are “nested in a stack of other stable, democratic structures—some smaller, some larger than they—so that turmoil at the national level does not lead to total breakdown.” In the US, we can see this in the way that states are forming state level networks that connect to global civil society, most notably with states signing on to the Paris agreement after the US backed out. So, basically, network governance.

Third, develop “new conceptions of citizenship.” Dasgupta skillfully identifies citizenship as the primordial injustice when he writes, “It functions as an extreme form of inherited property and, like other systems in which inherited privilege is overwhelmingly determinant, it arouses little allegiance in those who inherit nothing.”

Dasgupta concludes by pointing to technological systems as models for rethinking citizenship, with its delinking of membership from territory, which he sees as necessary for the political completion of globalization. But, the more relevant source of new democracies is to be found in, and will likely arise out of, the nonprofit sector and social movements. While technological systems are developing powerful, participatory platform organizations, nonprofits and social movements are developing the practices of justice and equity that are central to sustainable governance. We just have to fully recognize how much our work directly links to governance and meaningful participation and become serious about developing the new systems and processes. In fact, it should not only already be part of our work, it should drive our work. As Dasgupta warns, “The stakes could not be higher.”—Cyndi Suarez 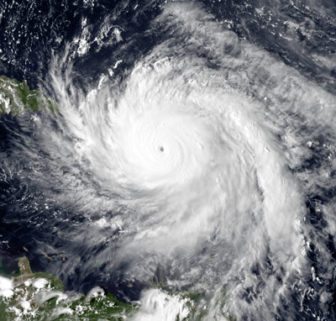