Nonprofits Step In to Pay for Louisiana Residents’ Enrollment in Medicaid

Louisiana’s new governor, along with private, public and philanthropic leaders, decided not to wait on lawmakers to move forward with a proposal before the Louisiana Joint Budget Committee to hire over 200 enrollment staff for the state’s new Medicaid expansion program. Nonprofit hospitals and clinics took it upon themselves to pay for the costs of enrolling more of the state’s residents in Medicaid. They will pay, in fact, for the state workers who will do this job. Not only will this action prevent a bottleneck that would have harmed newly eligible Medicaid recipients, it will also speed Medicaid reimbursement dollars to the nonprofit healthcare organizations providing services.

Many of these privately-supported state workers are already embedded in the nonprofit sites. Liz Teague, a vice president at Access Health Louisiana, which runs 12 community health centers in nine parishes, says that organization will foot the bill for three workers that the state says it cannot pay. She says, “We thought we’re all going to be sucking wind waiting for this person to get. So we’re providing access to the Internet and providing the chunk the state would have paid.”

Repeatedly referred by media outlets as a “sidestep” around the legislative process, the move was a direct result of what Democratic campaign operative T. Bradley Keith said was an obvious firewall to harm the governor’s agenda. Keith said that lawmakers and opponents intentionally blocked Governor John Bel Edwards’ proposal to staff the Louisiana Department of Health with the new enrollment personnel in order to “hobble” Medicaid expansion.

Ruth Kennedy, in charge of Medicaid enrollment at the Department of Health, said, “People should have a reasonable time getting in and speaking to someone about eligibility. We put a great deal of time…[making sure there was no] stain to the program that would paint us as inept or incompetent.”

Susan Todd, the director of 504HealthNet, which comprises 21 health centers in New Orleans, said that clinics were concerned that a Department of Health application backlog could create cash flow problems because facilities are not paid until the application is approved.

When the Joint Budget Committee was not receptive, and it was clear to the Edwards team they were facing a major barrier to rollout, partners began picking up pieces of the project. Todd said, “The state should’ve paid for the eligibility workers but they couldn’t. We had to be creative and use philanthropy.” The new plan that began to take shape outside the scope of the legislative budget included several readjustments and restructuring.

The state’s new health secretary, Rebekah Gee, reached out to philanthropy and the private sector and led a major component of the new model. Gee received approval by the Centers for Medicare and Medicaid Services (CMS) to allow healthcare providers to send contributions in support of the positions to the Baton Rouge Area Health Foundation, one of the largest community foundations in the country. The Foundation agreed to then pool the dollars for the state to leverage the needed federal match.

Some legislators raised questions about the ethics of the donations, even with clearance from CMS. The Associated Press covered the department’s request for review by the state’s ethics panel and the followup decision to withdrawal the request. According to the Picayune, this move simply underscored problems with the deal. The Baton Rouge Advocate provided explanations from Gee and attorneys, which primarily focused on the lack of need for a request with existing examples of other models and federal approval.

Another dynamic in the plan was the shifting role of the Health Department. The department went back to the drawing board and revaluated their systems. This resulted in a reduction in staffing needed for the project. The originally proposed staff was structured with capacity to enroll an estimated 375,000 people, primarily working poor. The new structure was designed to support an estimated 142,000 residents due to the implementation of an automated enrollment system through their existing resources. In addition, the department agreed to train and help hire new employees supported through donations received from health providers and securement of federal match, regardless of who ultimately employed the staff. Last, New Orleans hospitals and clinics ultimately stepped up to pay what would have been the state’s match for the positions had the proposal been approved by the Joint Budget Committee. This is estimated at a cost of $20,000 for each position per provider (not including the secured federal match). To date, the University Medical Center alone hired nine workers and Access Health Louisiana, is paying for three workers at three of their 12 community health center sites.

Keith said that when Governor Edwards was able to make the “strategic decision” not to ask the Joint Budget Committee to approve funding for the workers, it was a victory to his team that resulted in celebration. State Rep. Walt Leger (D-New Orleans) said:

I think it’s a mutually beneficial deal for the patients and the clinic, and certainly in the current budget situation, adding new workers was not really in the cards given the cuts that had to be made. These community clinics have a commitment to providing quality health care and part of what’s beneficial to them is they have the opportunity to get compensated for the care they’re providing.

The federal government will pick up the full cost of the expanded health services in the first year. Louisiana will pick up five percent in year two and ten percent beginning in 2020.

The Medicaid expansion is estimated to save Louisiana $180 million in the first year and $677 million over the next five years, according to Governor Edwards’ testimony to the Senate Health and Welfare Committee in mid-April. New dollars in the system will, of course, flow to providers of care, as pointed out by legislators. However, as with any debate over expansion, the ability to provide both short- and long-term quality care for the 375,000 Louisiana residents who were falling through the system before is always the true bottom line.—Michelle Lemming 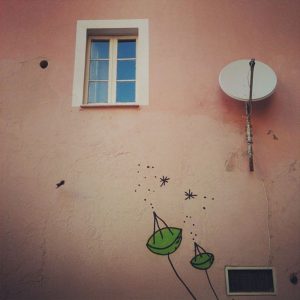