Nonprofits the New Destination of Choice for Young Tech Innovators 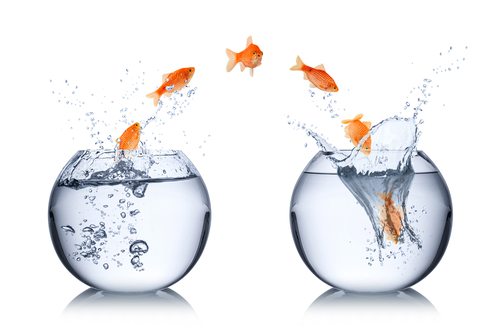 The San Francisco Chronicle reports that more brilliant young techies are taking their creative skills to social change work. It features 28-year-old Zac Halbert, who left his gig as a Web designer at a billing management software company and took a 40 percent pay cut to join Samahope, a new nonprofit enterprise that facilitates funding for doctors in the developing world.

Said Halbert, 28, “I made this leap after years of half-heartedly searching for more meaning in my daily work…. I accepted that more meaning likely meant less pay…Most of the people I know in the tech sector don’t set out to create a trivial product…For me, I wanted the outcome of my work to have a more positive impact, for most of the hours of my day.”

Halbert has been pushing other techies to think about aligning their values with their work by considering work in nonprofits. You can read his guide for those considering similar shifts at the blog of Omakase.

A number of reasons are floated in this article for the movement of techies to nonprofits, including the fact that local protests against what’s perceived as the privileged techie class in San Francisco have sparked a second look at values, and the embrace of technological strategy among nonprofits has made it an attractive destination for an ambitious engineer who wants to innovate.

Marc Abbyad, 33, left VerifEye Technologies in Toronto, where he was a firmware engineer, to move to Medic Mobile, which makes mobile healthcare technology.

“As product manager at Medic Mobile,” said Abbyad, “my main goal is to translate the needs of our users—usually Community Health Workers in very remote areas—to make tools that will connect them to lifesaving healthcare. On a day to day, this means talking to our field teams and communicating their insights to our developers. We’re focused on making apps and programs that will be invaluable to these health workers who were previously confined to pen and paper and who work in resource limited settings. To do this I help facilitate the gathering of requirements, creation of mock-ups, and ensure that our team and end users are comfortable with, and satisfied with, the resulting tools.”

This squares with his own values in a very different way. “My first thought at the mention of equity is health and social equity—not shares in a company. When it comes to for-profit companies, I think that it makes sense for their employees to have stock, as they are then literally invested in and can reap benefits of the company’s success. However, I am completely happy outside of that world focusing on improving social equity in under-served communities, rather than focusing on potential personal wealth.”—Ruth McCambridge