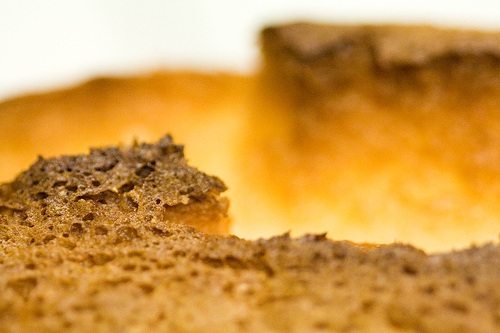 The Affordable Care Act built in an important component of healthcare protection for lower income households, the expansion of Medicaid to a national income threshold of 138 percent of the federal poverty level as opposed to the varying eligibility standards of individual states. Paid for by the federal government, the Medicaid expansion would have served as a bridge for lower income households who whose incomes were too high for traditional Medicaid (assume 100 percent of the poverty level) and too low to purchase private insurance on the health exchanges, even with subsidies.

However, when the Supreme Court decided that the expansion of Medicaid could not be mandated, 26 states opted not to expand their Medicaid coverage, leaving more than 5 million uninsured adults caught in a “coverage gap.” According to the Kaiser Family Foundation, the coverage gap is worse than some might guess. It isn’t just that in these 26 states, adults with incomes between 100 and 138 percent of poverty will be without coverage options. Only four of the 26 (Alaska, Maine, Tennessee, and Wisconsin) even currently cover adults (with children) with incomes up to 100 percent of poverty. For the others, the Medicaid eligibility thresholds are lower, including Alabama at 16 percent and Texas at 19 percent of poverty. Other states with pathetically low eligibility limits are Idaho (27 percent), Indiana (24), Florida (35), Mississippi (29), Missouri (24), Pennsylvania (38), and Georgia (39).

Remember: the reason why these people are caught in the coverage gap is because the Affordable Care Act presumed that adults with incomes up to 138 percent would be covered by expanded Medicaid, with households above that income level eligible for subsidies to buy private insurance. The result is that 5.16 million people will be left potentially uninsured. Of that total, 20 percent of the population in the coverage gap will be from Texas, 15 percent from Florida, 9 percent from Georgia, 6 percent from North Carolina, and 6 percent from Ohio. In other words, the decisions of five states to not expand their Medicaid coverage will be responsible for just about one-half of all the people in the country caught between Medicaid coverage and subsidized private insurance on the exchanges.

As the KFF report concludes, “with many states opting not to implement the Medicaid expansion, millions of adults will remain outside the reach of the ACA and continue to have limited, if any, option for health coverage: most do not have access to employer-based coverage through a job, few can afford coverage on their own, and most are currently ineligible for public coverage in their state.”

Perhaps, as the hardships of the uninsured begin to emerge in sharp relief as consumers in other states get covered by Medicaid or subsidized on the exchanges, things might change. Already, Governor John Kasich is moving to get an expansion of Medicaid going in Ohio, even though he appears to have just about no support for this within the Ohio Republican Party leadership. A new poll in Virginia shows a majority of the population in favor of expanding Medicaid, consistent with the position of Democratic candidate Terry McAuliffe, leading significantly in his race for governor against Republican Ken Cuccinelli. The Alabama Hospital Association is making a new pitch in favor of Medicaid expansion on the grounds of its extension of health coverage to poor people and its impacts on job creation.

Despite the possibility of a Medicaid policy change in a couple of states, half the nation is still going to be outside of this crucial public policy for guaranteeing health insurance coverage for lower income households. It constitutes a remarkably brazen kind of economic discrimination on the parts of Republican legislatures and governors to leave 5 million people caught in a healthcare coverage limbo. It is beyond us how nonprofits—or anyone—can tolerate the blatant, intentional economic discrimination reflected in the refusal to expand Medicaid coverage for these millions of uninsured citizens.—Rick Cohen