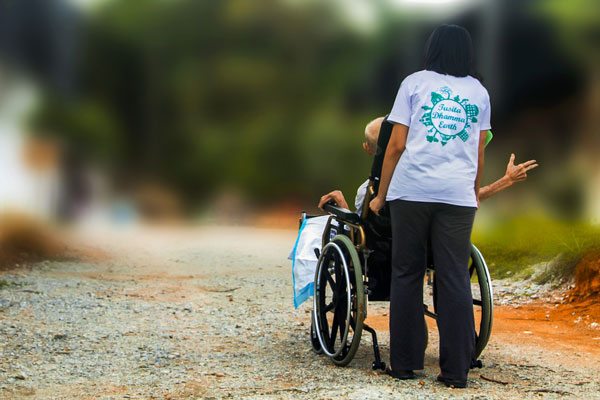 On June 16th, The Department of Justice announced that it had reached a $53.6 million settlement with Genesis Healthcare Inc. resolving six federal lawsuits and investigations alleging that companies and facilities acquired by Genesis violated the False Claims Act.

Genesis owns and operates skilled nursing facilities, assisted/senior living facilities, and a rehabilitation business. The issues the DOJ had with the corporation were numerous but followed a simple formula: substandard and sometimes unnecessary services at overinflated prices.

In particular, as we have previously described, the nursing homes and hospices that tend to be serial violators of the False Claims Act often don’t meet the standards for staff-to-patient ratios, which is a primary correlate to quality of care, and they tend to overbill. In the case of hospice, which comes at a higher price for taxpayers, there is also a problem of taking on non-terminally ill patients to “milk the system.”

This settlement resolves four sets of allegations. First, the settlement resolves allegations that from April 1, 2010 through March 31, 2013, Skilled Healthcare Group Inc. (SKG) and its subsidiaries, Skilled Healthcare LLC (Skilled LLC) and Creekside Hospice II LLC, knowingly submitted or caused to be submitted false claims to Medicare for services performed at the Creekside Hospice facility in Las Vegas, Nevada by: (1) billing for hospice services for patients who were not terminally ill and so were not eligible for the Medicare hospice benefit and (2) billing inappropriately for certain physician evaluation management services.

Second, this settlement resolves allegations that from Jan. 1, 2005 through Dec. 31, 2013, SKG and its subsidiaries, Skilled LLC and Hallmark Rehabilitation GP LLC, knowingly submitted or caused to be submitted false claims to Medicare, TRICARE, and Medicaid at certain facilities by providing therapy to certain patients longer than medically necessary, and/or billing for more therapy minutes than the patients actually received. The settlement also resolves allegations that those companies fraudulently assigned patients a higher Resource Utilization Group (RUG) level than necessary. Medicare reimburses skilled nursing facilities based on a patient’s RUG level, which is supposed to be determined by the amount of skilled therapy required by the patient.

Third, this settlement resolves allegations that from Jan. 1, 2008, through Sept. 27, 2013, Sun Healthcare Group Inc., SunDance Rehabilitation Agency Inc., and SunDance Rehabilitation Corp. knowingly submitted or caused the submission of false claims to Medicare Part B by billing for outpatient therapy services provided in the State of Georgia that were (1) not medically necessary or (2) unskilled in nature.

Finally, this settlement resolves allegations that between Sept. 1, 2003 and Jan. 3, 2010, Skilled LLC submitted false claims to the Medicare and Medi-Cal programs at certain of its nursing homes for services that were grossly substandard and/or worthless and therefore ineligible for payment. More specifically, the settlement resolves allegations that Skilled LLC violated certain essential requirements that nursing homes are required to meet to participate in and receive reimbursements from government healthcare programs and failed to provide sufficient nurse staffing to meet residents’ needs.

These types of profit-enhancing practices are relatively common and tend to appear more in for-profit than in nonprofit facilities, at great human cost to the most vulnerable in our communities and great financial cost to the taxpayer.

“It’s disturbing when health care companies bill Medicare and Medicaid to care for vulnerable patients, but provide grossly substandard care and medically unnecessary services just to boost company profits,” said Special Agent in Charge Steven J. Ryan of the Department of Health and Human Services, Office of Inspector General (HHS-OIG). “We will continue to crack down on medical providers who betray the public’s trust and the needs of vulnerable patients through fraudulent billing and irresponsible practices.”

“At a time when the cost of healthcare weighs heavy on many taxpayers, it is imperative that people who illegally bill our healthcare system are held accountable and forced to pay restitution,” said FBI Atlanta Special Agent in Charge David J. LeValley. “This case is an example of how committed the FBI and its partners are to keeping healthcare providers from abusing the system.”

The whistleblowers in this case will receive a combined $9.67 million as their share of the settlement, but we continue to wonder why there are not stated preferences for nonprofit operators of nursing homes and hospices since the costs of profiteering on the backs of the elderly, disabled, and dying is so horribly high.—Ruth McCambridge