Obama and the Press Conference on the Cliff 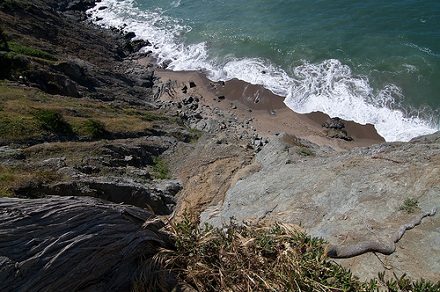 More than a week since the electorate returned him to the White House for a second term and less than a month and a half before the nation faces a devastating fiscal cliff concerning tax increases and budget cuts, President Barack Obama held one of his infrequent full press conferences yesterday. Did he face any of the tough questions that Politico predicted that the White House press corps might lob in his direction?

We perused the full transcript for glimmers of immediate interest to the nonprofit sector and the communities nonprofits serve and we loved this well-framed question: “Mr. President, on the fiscal cliff, two years ago, sir, you said that you wouldn’t extend the Bush-era tax cuts, but at the end of the day, you did. So, respectfully, sir, why should the American people and the Republicans believe that you won’t cave again this time?” President Obama explained that the economy was in a different situation and that he had extended the Bush tax cuts as a “one-time proposition.”

Continuing his explanation, the president argued again for a tax cut on the vast majority of Americans and a tax increase for the very wealthy, but he added his eagerness to engage in tax reform. “I think we can simplify our tax system,” the president said. “We can eliminate loopholes and deductions that have a distorting effect on our economy.” He further contended “that there are loopholes that can be closed, and we should look at how we can make the process of deductions, the filing process easier, simpler.”

While reading into presidential statements at press conferences means treading on dangerous territory, it is hard to envision a scenario of tax reforms, eliminating “loopholes and deductions,” and simplifying deductions that doesn’t include consideration of modifications to the charitable tax deduction. No, the president didn’t specifically say it, but it’s on the table within the words he chose.

What about the spending side of the fiscal cliff solution? The president promised a “broader package of deficit reduction that includes entitlement changes and…potentially tax reform,” but he added, “I’m willing to look at additional work we can do on the discretionary spending side.” Our guess is that he meant he wasn’t going to propose increased discretionary domestic spending. For nonprofits looking at protecting the social safety net and protecting other critical programs during the purported tail end of the Great Recession, the president’s statement presages less federal money in core programs.

Responding positively to a suggestion that he sit down with his defeated Republican opponent to find areas of agreement and cooperative endeavor, President Obama lauded some of the positive ideas from the Romney campaign that he described as “just smart ideas about how can we make the federal government more customer friendly, how can we make sure that, you know, we’re consolidating programs that are duplicative; you know, how can we eliminate additional waste.” The duplication/waste argument is one that is often dredged up to justify domestic spending cuts, once again a hint that the president could well slice some less-than-visible “fat” from key programs.

During the discussion of the president’s possible collaborative effort with Romney, someone should have asked this question posed by the Politico reporters: “You said during the last presidential debate with Mitt Romney that the defense sequester ‘will not happen.’ Was that a misstatement or are you really that confident?” That was one of the scarier spending moments in the debates, with the president standing up for the defense budget while Romney called for it to be increased. Politico says that White House aides “walked back” the president’s comment, but our impression is that he did not do so convincingly. One thought might be that the president could get Republican backing for his proposed tax increase on higher income taxpayers in return for protecting the defense budget from the scheduled $1.2 trillion in sequestration cuts. If that happens, then, once again, that could mean that domestic discretionary spending takes an even bigger sequestration hit.

In an odd moment of irony, as the president ended his press conference, someone in the press corps hollered a question, mostly inaudible, specifically addressing the $1.2 trillion in planned budget cuts under sequestration. Ever the stickler for decorum, the president responded, “That was a great question, but it would be a horrible precedent for me to answer your question just because you yelled it out.” Maybe the nonprofit sector has to violate decorum and ask the questions that neither the president nor Congress seem willing to address. Who will protect the social safety net? Who will stand up for the domestic spending programs that this country desperately needs maintained, protected, and even increased in this recessionary environment? —Rick Cohen