On Both Sides of the Pond, Government Examines Assisting Charities 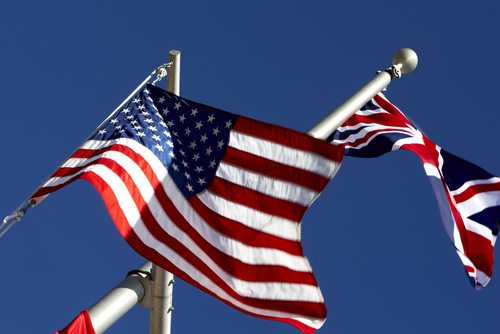 Measured by any number of variables, the U.S. is much more religious than the U.K. In 2008, 43 percent of British survey respondents said that they had belonged to no religion, whereas only 15 percent of Americans said the same. The proportion of survey respondents who expressed certainty in their belief in a god was 61 percent among Americans, but only 17 percent among the British. But even if many in the U.K. don’t believe in the various deities populating established religions, does that mean that the increasingly unreligious British do not see the potential power of religion as a force for social good?

The U.K.’s All Party Parliamentary Group (APPG), with over 80 members from both political wings in the House of Commons and the House of Lords, established a Faith and Society working group in 2012 “to determine the measurable impact that faith-based organizations have on the surrounding landscape.” The Faith and Society delegation has been visiting faith-based groups around the U.K. to highlight the role of faith-based organizations and, according to the Christian Post, “to discuss how faith leaders can better serve those most in need while furthering God’s message.

For example, delegation leader Stephen Timms was enthusiastic about the role of faith-based food banks: “Three new food banks open every week at the moment, and they fed between them half a million people last year. They involve volunteers who may have no connection with the church, but there is a church at the heart of each of them. Without that, their remarkable impact would not have been possible.” He expressed concern that some governmental authorities were wary about working or contracting with faith-based service providers and suggested that some sort of “charter” for these organizations might help.

Unless we misread the Post’s description of the APPG, the Faith and Society working group “is tasked with understanding the impact of various social projects in conjunction with the rise in ‘social activism’ across the U.K.” That seems to be a mandate beyond merely highlighting the work of faith-based programs. It feels a little like the intent of the American legislation proposed by U.S. Rep. Betty McCollum (D-Minn.) in 2010. McCollum’s bill would have created a national commission to look at challenges faced by nonprofits and a federal interagency task force to address inconsistent and conflicting federal policymaking that impacts nonprofits with federal grants and contracts.

Earlier this month, U.S. House Ways and Means Chairman Rep. Dave Camp (R-Mich.) announced the creation of eleven tax reform working groups, one of which, co-chaired by Rep. David Reichart (R-Wash.) and Rep. John Lewis (D-Ga.), focused on charitable/exempt organizations. McCollum’s bill went nowhere, but perhaps the APPG of the British parliament and the Ways and Means working group on charities can find ways to improve the conditions of nonprofits, secular and faith-based, working with governmental agencies. Or is Congress so dysfunctional that even an effort to make it easier for nonprofits to function in partnership with government is beyond the capacity of the two main political parties in the U.S.?—Rick Cohen