On Pay, Some Nonprofit Health Insurers Are Tone Deaf and Wrong 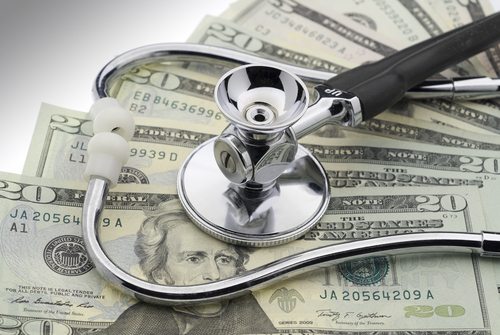 The mantra of the nonprofit sector right now is “one big tent”—no winners or losers, everyone pledged to everyone else. But it is hard to maintain that mentality when some nonprofits pay so much better than others. Those that seem to be drawing the most attention in an era of national health insurance reform are nonprofit health insurers, some of which are paying very big salaries and earning healthy profits while much of the nation, pre-Affordable Care Act, is underinsured or uninsured (and those who are covered face often escalating policy costs and co-pays).

For example, at the nonprofit Excellus BlueCross BlueShield, serving two million ratepayers in the Rochester, Syracuse, and Utica areas of New York State, the chief financial officer, Zeke Duda, got a $10.9 million payout when he retired at the end of 2011. The salary of the CEO, David Klein, somehow dropped from $5.2 million in 2011 to a not too shabby $3.8 million in 2012 when he retired. The new CEO, Christopher Booth, was the $1.6 million a year president and chief operating officer prior to Klein’s retirement. Excellus is no small operator, with revenues of $6 billion in 2012 and net income of $106 million (compared to $223 million in 2011).

Moving across the state line to Massachusetts, we note that, two years ago, Massachusetts Attorney General Martha Coakley tried to stop Blue Cross Blue Shield (BCBS) of Massachusetts from paying its board members. At the time, BCBS voluntarily suspended the payments, but now it has announced plans to reinstate the practice. The new plan is to pay board members who chair committees as much as $54,500 annually (down from the maximum of $78,600 proposed two years ago) while other directors can receive up to $47,000 (down from a max of $58,600 proposed two years ago). The plan is also to try to reduce the number of directors from 17 to 14.

Mark Rogers, who runs a “startup online professional community for board members,” ripped Blue Cross for the decision in a Globe op-ed. He contrasts the image of the Blue Cross board meetings with the “overwhelming majority of the nearly 1.6 million nonprofit organizations in America today…governed by boards composed of compassionate, intelligent, and selfless individuals who are dedicated to stewarding their organizations to [a] level of excellence that befits their mission without monetary compensation for their efforts.” His explanation of Blue Cross’s thinking? “It looks like arrogance.”

During the two years of the BCBS suspension of board payments, did Blue Cross find itself just about unable to function? Were board members, such as an executive vice president for Liberty Mutual Insurance and a senior advisor of Bain & Company, finding themselves too financially strapped to provide appropriate board service for Blue Cross? Deidre Cummings, the legislative director of the Massachusetts Public Interest Research Group, raised a similar query: “One would question why they were able to run their business for the last few years without paying people and why they have decided they have to start doing it again now.”