One Heck of a Fundraising Cautionary Tale 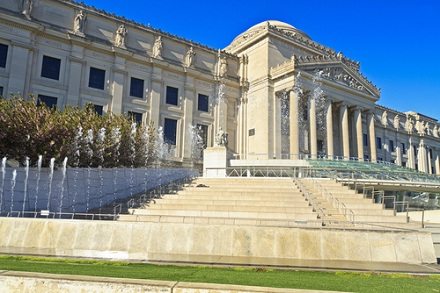 In the name of professionalizing its fundraising operation, the Brooklyn Museum has, in one fell swoop, alienated some of its most ardent supporters, many of which have cancelled their memberships or revoked their bequests. It all sounds a bit absurd and a little too familiar.

The Brooklyn Museum Community Committee was made up of women, many in advanced years. Many had been high profile civic leaders, and some had volunteered for the museum for half a century. The group took on various charges over the years. It started a docent program and gave presentations in low income schools about the museum and planned events. In 1958, the group put on its first gala, raising $17,500. That annual event grew. In the ‘80s, it raised a net $200,000 a year. Eventually, the museum’s development department took on more and more responsibility for the ball and in 1998 it netted $850,000. Finally, the development department just took full control of the event, but the committee stayed involved, organizing an annual award to honor women in the arts—and here again the museum administration and curatorial staff became more and more involved in this.

Then last fall, without notice, the museum began rerouting the committee’s mail to the development office. Arlene Gilden, the committee’s president, says she requested a meeting with the museum’s director, Dr. Arnold Lehman, to ask why the mail was being intercepted. Lehman called the December meeting and told the committee’s leadership that the museum’s board of trustees had decided to disband the group and have all its fundraising conducted by professionals. And the museum had to consolidate its record-keeping and accounting to ensure compliance with federal tax laws, he said. The committee was asked to vacate their office by the end of January, a deadline later pushed to February.

Despite the fact that Lehman told them “that we were enormously grateful for their decades of service,” the 30 to 40 committee members are not assuaged by Lehman’s remarks nor by subsequent notes that they received that included pins from the museum gift shop.

“I feel betrayed,” said Belle Tanenhaus, 92. “You don’t take dedicated women who have given their time and their love—you don’t discard them.” She has volunteered at the museum for more than 50 years but has now written it out of her will. Harriet Paris, who has been on the committee for a mere three decades, said she had bequeathed the museum a collection of prints by contemporary artists including Robert Rauschenberg and Richard Lindner but they will now go to the Jewish Museum of New York.

“We all worked very hard and were successful, and we were turned out as if we never mattered,” she said. “That hurt.”

While I am sure we are not in possession of all the facts, on the whole, I would venture that this effort at professionalizing fundraising may have violated some of the most basic rules of fundraising in dismissing relationships as less than central, and having it all exposed in the Wall Street Journal exhibits the degree to which missteps with stakeholders can ripple out into the larger public. What do our readers think?

By the way, if the committee wants to help NPQ raise what it needs annually, we would welcome them with very open arms. You cannot put a price on that kind of dedication. –Ruth McCambridge