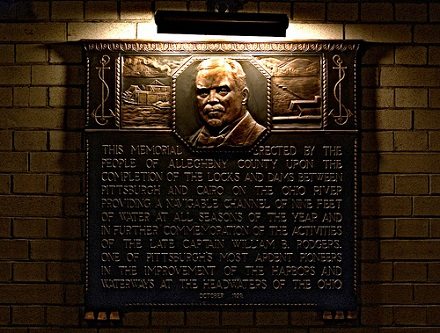 The controller of Allegheny County, Pa., one Chelsa Wagner, has an interesting view of her job. Typically, the county controller is like the chief accountant for the county government. Typical controller duties include maintaining the county’s accounting system and records, maintaining the payroll system, maintaining and monitoring travel reimbursement records, conducting fiscal audits of county departments, and generating the fiscal reports so that the county’s governing bodies get accurate and timely information on the state of the county’s finances.

County controllers are, in most places, political. Wagner is an elected official, a Democrat, serving in a county of particular interest to nonprofits because of the continuing battles between tax-exempt property owners and local governments concerning nonprofits’ potential contributions to government coffers. So her duties include a newsletter, the first issue of which is a four-page tirade against tax exemptions which “cost county millions,” according to her newsletter’s headline.

A former state legislator, Wagner’s newsletter seems like the launch of a political campaign. “After decades of local governments in Pennsylvania questioning the tax exempt status of certain organizations,” Wagner writes, “the question remains, ‘are these exemptions fair’?”

Wagner then answers her own question: “While exemptions are justified for clearly charitable organizations such as churches, soup kitchens, and many others, some are plainly unfair. This report focuses on non-profits that have expanded their roles beyond the traditional definition of a charitable organization, but still maintain their tax-exempt status. These loopholes affect real people, as public transit, human services, education and other essential functions of government are cut.”

Wagner’s newsletter calculates that the county loses $94 million in tax revenue due to all exempt commercial properties, though the largest category of exempts is government (38.29 percent counting municipal government, county government, and school district properties), followed by higher education (14.42 percent), charitable exemptions and hospitals (14.29 percent), and churches (7.51 percent). She doesn’t identify the composition of the 21.17 percent labeled “other” and we do not have the Allegheny County expertise to explain the 4.32 percent that are casinos.

The tease in Wagner’s analysis is that the $94 million in tax-exempt revenues lost, Wagner contends, equates to a tax rate of 1.75 mills for homeowners, implying that homeowners are paying an average of $173 more per property because of the burden of tax-exempt properties, or that they would save that much if the tax exemptions were ended (though if, as it appears, that calculation is based on the county’s total tax-exempt pool, it would be less of a savings if the churches and soup kitchens Wagner mentioned were not included in the nixing of exemptions).

Wagner doesn’t come right out and call for putting a stake through the hearts of local nonprofits, but she does appear to have a plan to signal to the “unfair” tax-exempts that their time has come and gone. She makes five recommendations for Allegheny County in her newsletter:

County Executive Rich Fitzgerald wasn’t all that impressed with Wagner’s foray, suggesting that much of what she recommended would need the approval of the state legislature. Fitzgerald also questioned why Wagner, who served in the legislature from 2007 to 2012, never introduced any legislation that would have taxed nonprofit property owners as she recommends here “when she had the ability to do something about it.” Take a look at the newsletter. Doesn’t it look like a political campaign flyer?—Rick Cohen

More about: Policies and LawsTaxes