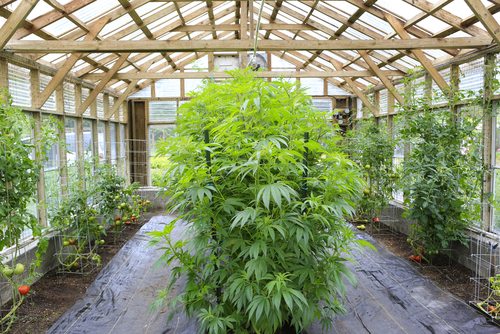 Last year, NPQ carried a remarkable story about a group of brothers in Colorado distributing a special strain of marijuana oil, dubbed “Charlotte’s Web,” which was reportedly effective in relieving seizures in children. The oil is from marijuana that is low in THC but rich in cannabidiol, or CBD.

The story was remarkable in the heartbreaking comments it elicited from families desperate to get access to the oil. Now, Warren Lammert, the board chair of the Epilepsy Foundation, is fighting to make that access national. His daughter has suffered from daily seizures since she was nine months old. She is now 16 and participating in a clinical trial of the oil at NYU.

“I feel blessed to at least have the hope of this new therapy, and I feel other fathers, other mothers, other families should have that hope and have that option,” said Lammert.

According to this article, around 100 families from 43 states and two countries have moved to Colorado in desperate attempts to treat their children. The Epilepsy Foundation has taken a stand that “an end to seizures should not be determined by one’s zip code.”

Meanwhile, parents in a number of states where medical marijuana is not yet legal are pushing for approval of measures that would allow the extract to be produced and sold. In Utah, for instance, a newly passed law doesn’t provide for production in Utah, but it allows families to get the extract from other states.

Still, complications between state and federal law leave the situation in murky legal territory. A sponsor of the new law, Republican Rep. Gage Froerer, said families are willing to take that risk. “They know very well that this may not protect them from the DEA if the federal prosecutors stepped in,” Froerer told his colleagues earlier this month.

The Alabama legislature recently passed a similar bill, which is awaiting the governor’s signature.

But availability may end up being a big issue, since the Stanley brothers, who grow the strain west of Colorado Springs, have a waitlist of about 2,000. The families on that list have had to meet Colorado residency requirements so the Stanleys can remain in compliance with Colorado law; for now, this will create additional hurdles.—Ruth McCambridge