Pay No Corporate Taxes: GE and Other Corporations Line Up Behind “Fix the Debt” 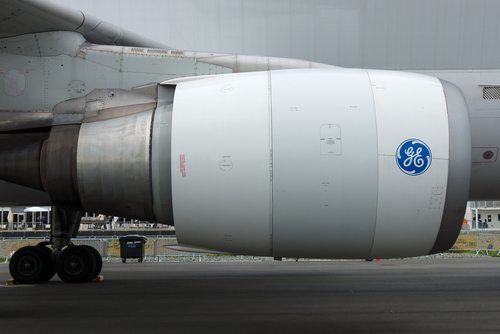 The Nation’s Lee Fang has chalked up an impressive list of investigative pieces lately. The most recent, which is short but to the point, is his reporting that General Electric donated $1 million to Fix the Debt, the nonpartisan (or bipartisan) effort founded by Erskine Bowles and Alan Simpson to generate a comprehensive solution to the debt and deficit problems of the federal budget. Fix the Debt is a project of the nonprofit Committee for a Responsible Federal Budget—donations to the Committee are tax-deductible, but donations to Fix the Debt are not. Fang contends that despite the bipartisan language of Fix the Debt’s self-descriptions, Fix the Debt “is led by many of the corporate executives who are in fact largely responsible for government red ink.”

Fang says that, “the CEOs leading Fix the Debt hail from large companies that have lobbied for special tax credits, wasteful subsidies, and reductions in rates.” In addition, GE in particular paid no federal taxes in 2011 and has contributed to the Heritage Foundation and Americans for Tax Reform, both conservative entities that “fight to shield corporations from paying taxes.” GE isn’t the only corporation associated with Fix the Debt that has managed to escape even a modicum of a federal tax burden. Among the corporations associated with Fix the Debt, besides GE and Honeywell, other members of what Citizens for Tax Justice refers to as the “30 No-Tax Corporations” are on the organization’s advisory committee—specifically Verizon and Corning.

GE can give its money to whomever it wants in pursuit of whatever policy agenda it thinks appropriate. That’s the American system. But Fang’s ability to make note of this $1 million donation depended on a voluntary disclosure by GE. The organizational sponsor of the Fix the Debt campaign, the Committee for a Responsible Budget, though significantly underwritten by billionaire Pete Peterson, doesn’t disclose the names of its donors or the amounts they have contributed. There’s the real problem. The ability of huge corporations to secretly finance bipartisan-appearing advocacy groups without disclosing their financial contributions unless they choose to do so voluntarily is a serious issue. The public doesn’t know who is really paying the bills behind these organizations and what their agendas might really be. The result is a pale of ostensible “good government” groups, focusing on the budget, entitlements, and discretionary spending, that are likely to be more in the camp of supporting corporate interests than promoting the concerns of ordinary Americans. To figure out where these groups stand, follow the money…if you can.—Rick Cohen