Pet Cemeteries and Health Centers: Does this Reorganization Pass the “Smell Test?” 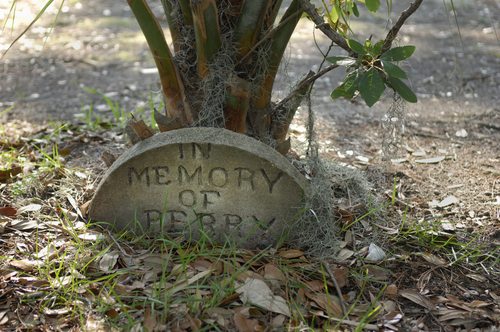 At a meeting of skeptical creditors in federal bankruptcy court, William Green, the new leader of Baltimore’s now-shuttered People’s Community Health Center, discussed his plans for working through its Chapter 11 bankruptcy.

NPQ wrote about People’s last summer when it closed its five clinics precipitously, leaving $6.7 million dollars of debt to employees, the IRS, vendors, Baltimore city…and on and on. Basically, it stiffed everyone in sight. It also left patients without plans for ongoing care.

Green acknowledges that the mountain of disbelievers might be high. “Who are the creditors? Give me the Yellow Pages,” he declared, in pursuit of convincing the court that he could come up with a viable plan. That plan, apparently, will entail relaunching clinics, albeit without the backstop of relying on federal grants as an FQHC; instead, they will rely on insurance payments from patients as their main revenue source.

Some of the former staff suggest that the endeavor might be best scrapped. Barbara Einzig, previously a grants specialist for People’s, said, “I think it would be a disservice to community health for People’s Community Health Center to reopen,” saying that she did not see how reopening without the federal grants would be viable.

Noelle Lang is still waiting for around ten weeks’ pay. She notes that Green has petitioned to use People’s cash flow of approximately $55,000 a month to pay his company, Enterprise Development Corp., a management fee while she waits and waits some more to get paid. “It’s frustrating,” she said. “How do you sit in that office all day and not have a plan to pay employees back?”

Green said that the organization’s problems stemmed from a lack of good management rather than fraud, that too many bank accounts existed with too many transfers between them, and that payroll was unsustainably high.

According to this article in the Baltimore Sun, “Under Green’s management last year, People’s briefly changed its name to MedHealth of Maryland and became a unit of a newly created for-profit, MedHealth [Companies LLC],” but the name has since been changed back. And, according to an earlier report:

“Green has a history of legal issues connected with his past business ventures. […] Green and a real estate investment trust he owned, SynVest, were ordered by the state in 2005 to pay restitution to dozens of investors, according to a consent order signed by the state’s securities commissioner and Green. Regulators found SynVest omitted key financial information and gave misleading information to investors. In the 1990s, Green owned Rosa Bonheur Memorial Park, a pet cemetery in Elkridge. He was fined for running an illegal crematorium on the property and was ordered to repay customers who said ashes were mixed up and grave markers weren’t delivered. After he filed for bankruptcy, the cemetery was sold at auction in 1997.”