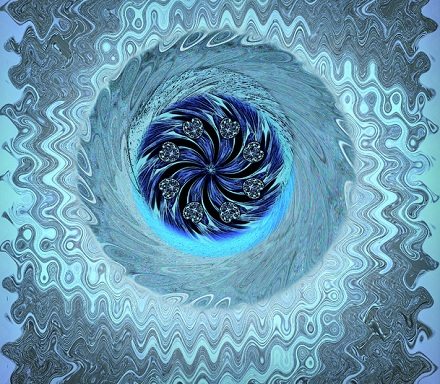 Amidst the multiple ingenious forms of philanthropy in this country, who would have ever thought that the Central Intelligence Agency had its own philanthropic arm? The CIA isn’t alone. Other federal agencies have created or spurred the creation of philanthropic offshoots that serve as mechanisms for accessing private, charitable capital. They function a little like the private foundation arms of public or state universities. Some public universities claim to be hamstrung by their dependence on state government appropriations and oversight, unable to compete with private universities for charitable donations, so they have created 501(c)(3) philanthropic arms to raise money for programs and activities that supplement what the universities can do with their public funds—for example, funding new programs or supplementing the salaries of university execs or, often, football coaches. The fact that they are 501(c)(3)s makes their fundraising less than fully transparent, leading to tugs of war between the universities and state legislators and the press, both of which are interested in which donors are paying for what. Several federal government agencies, from the CDC and the FDA to NASA and the CIA, are employing a similar strategy—one that we suspect many people are not aware of and one which raises several interesting questions about the role of private philanthropic dollars supporting U.S. government programs.

The National Foundation for the Centers for Disease Control & Prevention, commonly referred to as the CDC foundation, provides additional capital to recognized national and international health issues that have broad recognition and support, but require additional private capital to make significant progress. It would seem like the CDC benefits quite directly from the Foundation’s ability to target resources to specific high priority CDC program initiatives. The Foundation’s latest Form 990 indicates that its total revenues plunged from $57.6 million in FY2009 to just less than $23 million in FY2010. It appears that the CDC Foundation was hardly immune to the philanthropic recession that hit the nation’s nonprofits between 2009 and 2010.  Nonetheless, it still managed to spend resources on initiatives such as the Bloomberg Initiative to Reduce Tobacco Use ($7.3 million in FY2010), the Meta-Leadership Summits for Preparedness ($1.7 million), and a program of disease surveillance and response in Cameroon, the Democratic Republic of the Congo, and the Central African Republic ($2.8 million).

The Central Intelligence Agency’s foundation, In-Q-Tel, serves as a venture capital tool to promote technology development for the CIA, functioning in a way that a government agency might not be able to do. By matching private investors and research institutes, In-Q-Tel provides unique private sector to private sector support for technologies that can presumably be delivered or sold to the CIA. According to its 2010 Form 990, In-Q-Tel “identifies and partners with companies to help deliver solutions to the Central Intelligence Agency and the broader U.S. intelligence community (IC) to further their missions.” There is nothing like In-Q-Tel in the nonprofit sector, and its history, in its own words, is worth reading.

In its Form 990, In-Q-Tel makes it clear that it does not disclose its financials to the public, so where does the oversight of In-Q-Tel come from? The 990 states that “IQT receives regular oversight from the CIA and other client agencies, who keep Congress informed of the company’s activities.” Of course, the activities of the CIA don’t get the public, transparent scrutiny accorded to other agencies. On the other hand, rather than funding the CIA, it seems that In-Q-Tel is, in a way, a venture capital firm for the CIA’s unique technology needs. According to the 990, “IQT’s strategic investment model gives it the agility—often lacking within traditional government contracting approaches—to find nurture (sic) entrepreneurs and companies that can provide a supply chain of innovation which enables the IC to benefit from technology advances.” IQT claims to have “cultivated a network of more than 200 venture capital firms” and leveraged $1.5 billion to support technology development for the CIA.

These are just two of the many government agency foundations already in existence. There are many more. The United States Space Foundation, for example, supports the National Aeronautics and Space Administration (NASA) with a mission of advancing “space-related endeavors to inspire, enable, and propel humanity.” And if Sen. Daniel Inouye (D-Hawaii) can attract support for his proposal, a new government agency foundation may soon be born.

Is a Foundation for FEMA Next?

On March 15, 2012, Inouye introduced legislation to create a nonprofit foundation for the Federal Emergency Management Administration (FEMA). The bill, S. 2022, would establish the Preparedness and Resilience Foundation, a private, nonfederal, nongovernmental, nonprofit entity which would raise private funds to support activities such as fellowships for government and tribal officials to work with FEMA, research on disaster relief, government forums, conferences, data collection, and writing and publishing books. The potential attractiveness of the Foundation to FEMA is that, as the bill states, it would allow the FEMA administrator to accept donations or gifts from the Foundation “for the purpose of aiding or facilitating the work of FEMA” and would also allow FEMA to accept “voluntary services” provided by the Foundation—that is, services provided by the Foundation to carry out FEMA program activities.

Unlike In-Q-Tel, Inouye’s plan for the foundation affiliate of FEMA explicitly prohibits compensation—other than incidental expenses—for foundation trustees. Inouye’s bill had no cosponsors, last we looked at the Library of Congress website. On the floor of the Senate, Inouye described the FEMA entity as “a philanthropic intermediary between the Federal Emergency Management Agency, FEMA, and the private sector.”

Inouye has crafted a proposal that wisely avoids the problems created by state university foundations that try to use their 501(c)(3) status to circumvent public disclosure and scrutiny. The bill clearly calls for disclosure by requiring the publication of an annual report from the Foundation detailing the source and amounts of all real and personal property gifts and all donations of money. Some of us believe that disclosure will not scare away donors, particularly if they are contributing to disaster relief services rather than million dollar football coach salaries. Ultimately, Inouye’s core argument is that “the lack of appropriate mechanisms make it difficult for FEMA to receive disaster related funds from private sector entities” and he has stated that the plan would follow the model of the CDC Foundation described above.

However, Inouye’s proposed foundation doesn’t seem to be quite as clear in its mission. Unlike the CDC, for example, FEMA has been subject to pretty strident criticism from political leaders of both parties. Although the agency is much different from its troubled state in the immediate aftermath of Hurricane Katrina, there are politicians who find much to criticize in FEMA’s operations and its part in the nation’s homeland security apparatus. Appropriations for FEMA are never an easy task, especially in a budget environment of sharp cutbacks.

Also, the proposed Preparedness and Resilience Foundation seems like it could, more than other government-affiliated foundations, compete with nonprofit disaster relief and recovery entities for difficult-to-find private philanthropic capital—the very nonprofit partners that FEMA counts on to deliver crucial emergency assistance. FEMA actually works closely with nonprofit partners in disaster relief and reconstruction. According to its website, FEMA sees “the nation’s vast network of business, industry, academia, trade associations, and other non-governmental organizations as equal—and equally responsible—partners in every phase from preparedness to response and recovery to mitigation.” FEMA’s budget includes grant funding for public-private partnerships, which is fine unless FEMA’s own fundraising (through this proposed nonprofit affiliate) ends up competing with its intended partners—partners that don’t have FEMA-like direct access to federal appropriations. It remains to be seen whether the FEMA foundation will come to pass, but the proposal, and the workings of other federal government agency foundations, raise important questions about the relationship between the private philanthropy and the U.S. government.

Are these “federal nonprofits” simply charitable oddities and anomalies or harbingers of a strategy of fiscally strapped federal agencies to find monies that they can’t get from the federal budget? Like the Gates Foundation’s direct grants to the Centers for Disease Control, there is no reason why philanthropy could not and should not think of government as a potential beneficiary of its largesse. To the extent that government agencies or the nonprofits government agencies create service a public purpose, they might be considered just as worthy of foundation support as any other not-for-profit entity created to advance the public welfare.

Moreover, if government becomes attuned to the notion that philanthropy can and should take the place of decreasing government revenues, these relatively small government foundations serving the CDC, the CIA, and FEMA will be followed by others, even though the supposedly immense assets of private and public foundations do not add up to more than a few days of government expenditures. The appetite of government agencies for access to philanthropic capital might turn from immense to insatiable as federal budget deficit challenges multiply in the future. If government foundations end up competing with the nonprofits that now serve as partners with government in the design and delivery of programs, the competitive playing field will be hugely tilted against the nonprofit sector—particularly when donors to government foundations might be able to earn access, face-time, and improved relations with decision-makers and legislators.

With the CDC Foundation functioning much like a quasi-public or nonprofit entity, it may be an anomaly. Created in part due to the intelligence community’s need for constant technological innovation—and secrecy—In-Q-Tel might also be an anomaly. But if Congress takes up Sen. Inouye’s proposal and seriously considers the creation of a FEMA foundation to raise private monies for FEMA-related activities, that will be a sign of some concern for nonprofits.