Playgrounds at Last! Seniors Get Their Day in the Park 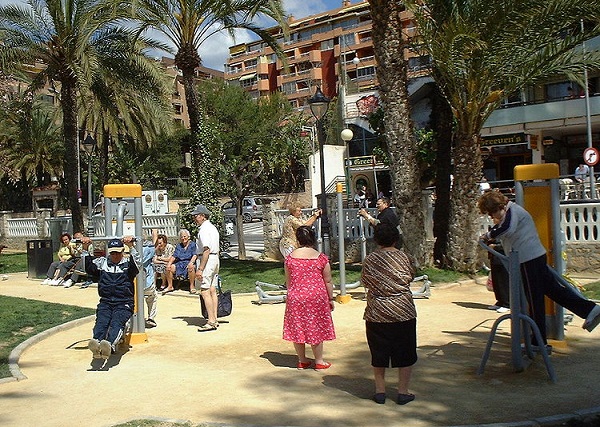 The ability to age in place comfortably can be supported in many ways, but this one is particularly wonderful. Playgrounds for seniors are beginning to pop up around the U.S., following the lead of Asia and Europe. Designed to promote flexibility and balance, these playgrounds can help prevent falls among older adults by making low-tech versions of elliptical machines, stationary bikes, and body flexors available to the young at heart. And when using such stuff, you can maybe also chat with others, thus reducing the social isolation that plagues many as they age. All in all, it’s better than a park bench and a squirrel.

You can check out this very cool page on Pinterest devoted to senior playground equipment in use, but the approach that has largely been taken in the United States favors multigenerational playgrounds; the nonprofit KaBOOM! and the Humana Foundation have already built 53 across the country.

Sarah Pinsky of KaBOOM! says that after they built one of the installations in Cleveland, local seniors organized a fitness club. This idea seems like a no-brainer for communities that anticipate a greying portion of their residents.—Ruth McCambridge