Playing without Referees at the Institute for International Sport: A Lesson in Why Accountability Matters 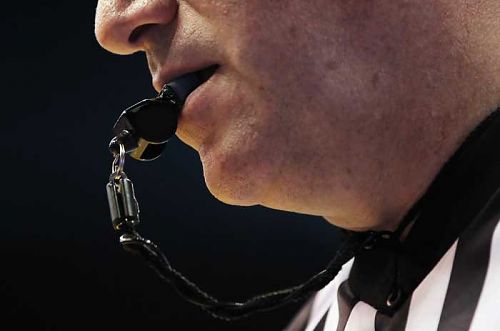 A meltdown is occurring in Rhode Island at the Institute for International Sport (IIS). The situation is still unfolding through the excellent coverage of the Hartford Courant and the Providence Journal, which we wish to acknowledge as the original sources of much of what follows. NPQ has also gleaned some information from an analysis of a Rhode Island state audit of the organization, as well as the IIS’ 990 tax forms filed for 2007 through 2009. Taken as a whole, we see in this situation a warning to organizations dominated by a charismatic founder, and their funders. Founder leadership can and often does work beautifully, but when it is not supported by reasonable management systems and a board that takes its oversight responsibilities seriously, there is way too much that can go wrong.

Even without such internal systems in place, NPQ has previously wondered how funders—ranging from the State of Rhode Island, which contributed $7.3 million to IIS since 1987, to the Atlantic Philanthropies, which contributed $9.6 million since 1989—missed the signs that things were not entirely kosher at this youth-serving, peace-seeking organization. From the news reports to date, it appears the organization not only flouted financial rules, but it claimed relationships and agreements that it did not have, and now the chickens are finally coming home to roost.

IIS was founded in 1986 at the University of Rhode Island (URI). The organization sought to promote peace through athletics and other activities and it attracted the support of luminaries such as Archbishop Desmond Tutu and former President Bill Clinton. Danny Doyle, a former basketball coach, was and is clearly the visionary behind IIS, attracting support from prominent actors on the world stage, from the state of Rhode Island and from seven figure donors, both individual and institutional.

The first wave of recent news reports about IIS focused on the organization’s lack of accountability in detailing the way that it spent a state grant of $575,000 awarded to the organization in 2007. The grant, which was the focus of a report by the Rhode Island Auditor General’s Office issued in February of this year, was to be used to erect and furnish a building for IIS’ leadership programs. The building now exists but stands empty and unfinished, lacking heat, plumbing and electricity. Auditors have only been provided with $163,000 worth of receipts, and even these are in question.

The recently-released grant review audit states, “We were provided with cancelled checks totaling $163,400; however, the Institute generally did not provide any other documentation such as vendor invoices and contracts related to the building construction. As a result, we could not fully substantiate that these disbursements were related to the construction of the building. The Institute concedes that remaining grant amounts have been expended purportedly for general operations, which is noncompliant with the directives of the legislative grant.”

The organization also owed $380,000 to “URI for unreimbursed payroll costs and other services provided to the Institute,” according to the audit. “Most of this was incurred during fiscal years 2007 to 2009 and represents (1) salary and benefits paid to the Executive Director through the State’s payroll system and (2) dining, lodging and other services provided by the University to the Institute during the World Scholar-Athlete games.

In a model of restraint, the audit concludes that IIS is unable to meet auditors’ requests for documentation and that, “The Institute needs to significantly improve its financial accountability, particularly since it is largely dependent upon grants and other support from governmental and private organizations. The Institute should implement appropriate financial control measures along with routine oversight processes and procedures (e.g., independent annual financial audits). This would significantly improve its ability to demonstrate accountability for grants awarded by governmental and other organizations.”

But legislators appear to be less patient with the refusal of IIS to account for its expenditures. State Rep. Charlene Lima (D-Cranston) has proposed legislation to require the Institute to disclose all payments over the last eight years to accountants, lawyers, insurance agencies, elected officials and their “business partners or associates” as well as political donations.

Making matters worse for the Institute, several people have recently stated that while they were listed as board members, they were not. Among those board-members-who-weren’t are Alan Hassenfeld, past CEO of Hasbro and Robert Fiondella, former CEO of The Phoenix Companies. Purported board chair Michael Healy of Ireland, who also denies serving on the board, is quoted in press releases which he disavows. Healy told the Hartford Courant’s Amanda Falcone, “I am not, nor have I ever been a spokesperson for the Institute for International Sport. Searching the Internet, I have discovered that two statements were made in my name concerning the Institute. These statements were false and were made without my knowledge, without my participation, and without my consent.”

IIS did run programs in Ireland and Healy says he did sit on what he considered to be an informal advisory committee, but he did not, he says, make the statements attributed to him—one of which announced the Institute’s decision to move out of Rhode Island.

And now this Monday it was reported that Doyle’s wife recently mortgaged their house in Newport, R.I. for $298,000. Shortly thereafter, URI received two checks from the Doyle family in payment of the aforementioned $380,000 owed by IIS. This personal payment of an organizational debt itself raises questions. One check was dated and delivered on February 24th and was for $100,000; the other was for $280,846 and was dated February 29th.

There is much more to this story: IRS liens for nonpayment of payroll taxes, among other things, levied against the organization starting in 1996, properties at an exclusive resort bought both in the name of IIS and also in the name of Doyle, and individual donors who consider themselves hoodwinked. Meanwhile, just this week USA Today announced sports essay winners from a contest co-sponsored by IIS.

Reading those student athlete essays in the context of what is occurring at IIS is heartbreaking, and this entire situation is excruciating to read on many levels. Financial problems dating back a decade and a half, broken promises and misrepresentations all had to cause an implosion eventually and it seems they did. Those who cared about the mission and impact of this organization should have called the organization and its founder to account but often, apparently, they just let things ride. In the end, they did IIS, the children it served, and the entire nonprofit sector no favors.

By no means is NPQ advocating the idea that only highly organized “safe bets” should be funded and supported among nonprofits. That would exclude many powerful innovators among the nonprofit sector. But size and age matters, and when this organization became big enough to warrant six and seven figure grants, someone should have been watching the shop to make sure that safeguards were in place.