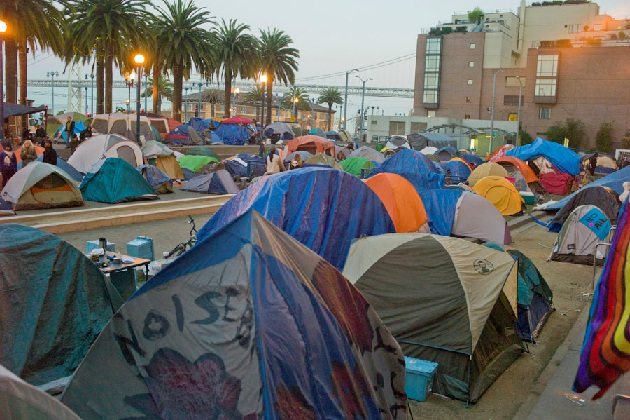 A document circulated by police to businesses and dated December 2nd appears to have labeled Occupy London as a terrorist threat. The document asked businesses to be alert for any reconnaissance efforts on the part of “anti-capitalist types, stating, “As the worldwide Occupy movement shows no sign of abating, it is likely that activists aspire to identify other locations to occupy, especially those they identify with capitalism.”

The response of those anti-capitalist types?

An activist from the camp called the document “vulgar” and said Occupy London had met Church of England representatives many times in the past and were meeting the Financial Services Authority, which regulates banking activity in the UK, on Monday.

A statement from the Occupy London camp said: “The reference to ‘suspected activists’ seems to demonstrate a disturbing loss of perspective.

“Activism is not a crime and the desire to participate in democratic decision-making should not be a cause for concern for the police in any free society.

“An institution that confuses active citizens with criminals and equates al-Qaida with efforts to re-imagine the City is an institution in grave danger of losing its way.”

Meanwhile in San Francisco at around 1 am police surrounded the Occupy camp. More than 100 tents were taken down and 70 arrests made. Protestors apparently plan to gather back at the site by noon today.—Ruth McCambridge

Does Philanthropy Work Against Collective Action by the Poor?