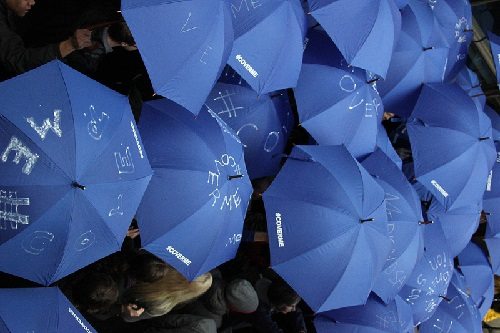 It is a pleasant myth of American governance to believe that legislators and executives are making decisions based on their analyses of the issues, weighing the good and bad, and coming to reasoned conclusions, even if the cacophonous governing class seems to be unable to agree about what those conclusions should be.

Would that it were so! Unfortunately, as demonstrated by the states’ choices to expand Medicaid coverage or hold fast despite the offer of a huge federal subsidy to cover low-income people, the decision-making process seems to have been predominantly influenced by electoral concerns rather than judgments about healthcare policies.

The AP’s Charles Babington dug into the dynamics behind the decisions of 20 Republican governors to reject expanded Medicaid and discovered, none too surprisingly, that politics weighed heavily in their calculations. The same goes for the eight Republican governors who decided to go with the expansion.

Those rejecting Medicaid expansion, either saying it gives the federal government too much power or warning that the federal government won’t come through with its subsidy funds, almost to a man or woman have re-election or higher election ambitions that would be imperiled were they to face Tea Party challengers in primaries. Among those in the “no” column, Bobby Jindal (Louisiana) could be running for president, as could Rick Perry (Texas) and Scott Walker (Wisconsin), as well.

Among Republican governors in the “yes” column are six whose states went for Obama over Romney in 2012, including Susana Martinez (New Mexico), Chris Christie (New Jersey), and John Kasich (Ohio). Christie and Kasich might have been expected to reject the expansion were they concerned about Tea Party opposition to their national ambitions, but Christie had to get reelected this year in the otherwise blue state New Jersey and Kasich faces a reelection challenge in 2014 in a state with a strong Democratic base. Barred from running for reelection is Jan Brewer (Arizona), who surprised party stalwarts by opting for expansion. Jack Dalrymple (North Dakota) supported Medicaid expansion, but doesn’t have to run for reelection until 2016.

For the “no” governors, the politics outweigh the economics. Traditionally, the federal portion of state Medicaid is about 57 percent. For the expansion, the federal government will pay full cost for the first three years and then gradually reduce its subsidy to 90 percent in the out years. Based on their political calculations, these “no” governors are turning down a 9-to-1 federal match and leaving billions of dollars on the table. They’re also leaving millions of poor people in a limbo of incomes too high for traditional Medicaid and too low to buy subsidized insurance on the exchanges.—Rick Cohen