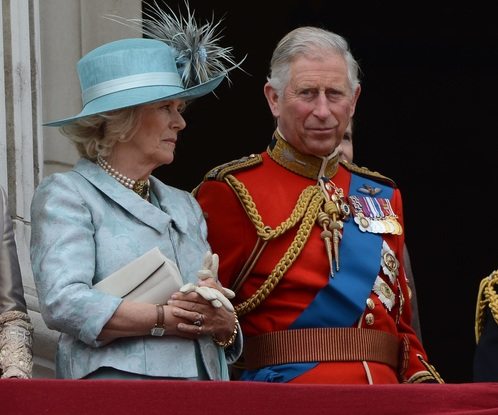 At this past year’s Council on Foundations annual conference, there was a televised speech by Prince Charles on food justice. The Council also distributed a pamphlet by HRH The Prince of Wales, “On the Future of Food,” published by Rodale Press.

The Prince’s videotaped appearance before the Council, or rather, his opposition to industrial agriculture, is apparently one of the reasons that the £847 million Duchy of Cornwall—several estates spread over 131,000 acres—is defended by supporters as a “force for social good.” Paid annually something around £19 million from his estate, the Prince of Wales is facing scrutiny over his tax status. He pays personal taxes on his income from the Duchy (around £4.4 million last year—basically a 50 percent tax rate on his income, after the costs of the Prince’s public duties are deducted), but the estate itself is exempt from capital gains and corporate taxes.

The Prince’s private secretary, William Nye, defended the Duchy to the House of Commons Public Accounts Committee as distinctly not a “medieval anomaly transformed into a modern business,” despite its having been established by King Edward III in the 14th century as a private estate to provide income to the heir to the British throne.

Some members of Parliament aren’t quite so convinced by HRH’s social benefits. “If it looks like a duck and quacks like a duck, and swims like a duck, you sort of assume it’s a duck,” said Labour MP Nick Smith. “On the face of it, many of my constituents would say the Duchy should pay corporation tax and capital gains tax. Aren’t my constituents being reasonable?”

Given his tax-exempt status, whatever payments the Prince makes are voluntary, but that leaves some MPs feeling concerned. “They have a case to answer whether they are a corporation and should be paying corporation tax and capital gains tax,” MP Margaret Hodge, the chairwoman of the Commons Public Accounts Committee, has said. “He [Prince Charles] pays a voluntary contribution. I’m not comfortable with that.”

Like many a charitable organization, the Prince’s estate owns some less than fully charitable entities, including a warehouse in Milton Keynes, a joint venture with the firm Energen for an anaerobic digester, and a Holiday Inn in Reading. However, Nye suggested that these and other investments help to pay for the Prince’s charitable activities, including the Duke of Cornwall’s Benevolent Fund, and his public expenses, which last year ran about £9.8 million. Carrying out his belief in harmony and sustainability, the Prince has a number of charities, including the Prince of Wales’s Charitable Foundation, one of the largest in the U.K.

The Public Accounts Committee recently made headlines for raking the executives of Starbucks and Google over proverbial coals for their tax avoidance schemes, but its grilling of Nye wasn’t quite in that league. However, there seems to be little doubt that Labour and some Liberal MPs have the Prince’s estate on their radar screens to get a better tax deal from the royals for the British people.—Rick Cohen