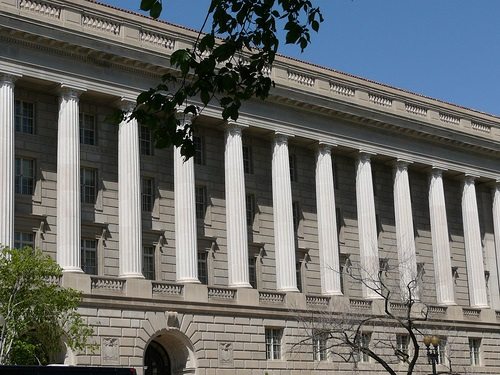 More than 27 million taxpayers receive almost $62 billion in Earned Income Tax Credit (EITC) funds each year. Between one-fifth and one-quarter of the funds are distributed in error, making it the most error-prone Federal payments program, according to the federal government. An audit report released this week by the U.S. Treasury Inspector General for Tax Administration (TIGTA) concludes that the IRS “is not in compliance with Executive Order 13520 to reduce improper payments.”

The executive order, issued in November 2009, requires the IRS to address the situation and make regular progress reports on the success of its efforts. The inspector general’s audit report indicates that the IRS has been successful in estimating that about 80 percent of eligible individuals receive EITC payments. However, the IRS has not come up with targets to reduce improper payments and has no schedule for when targets will be set. The IRS has also failed to report separately on so-called “high dollar” improper EITC payments in excess of $5,000. The inspector general estimates there are more than 10,000 tax returns and $52.8 million that meet the “high dollar” improper payment criteria.

Why are so many improper payments being made? The IRS cites several reasons: the complexity of the EITC law, confusion among eligible recipients, the fact that as many as one-third of recipients go in and out of eligibility each year, and fraud. In addition, about 70 percent of the returns with improper EITC payments were filed with the assistance of paid tax preparers. The IRS believes that additional requirements for paid tax preparers would help reduce the improper EITC payments by weeding out unscrupulous tax preparers, but efforts to require registration and competency testing are tied up in court. Opponents challenge the IRS’s legal authority to regulate tax preparers and fear that large tax preparation firms are supporting the IRS’s initiative as part of an effort to reduce competition by putting smaller firms and sole practitioners out of business.

The audit report doesn’t hold out much hope for a quick resolution of the EITC overpayments problem. On the other hand, what would happen if 25 percent of taxpayers filing for EITC payments suddenly received less, or nothing? Fixing the IRS’s problem may involve more requests for charitable support from people receiving lower—or no—tax refunds. One reason we don’t know what might happen is that the IRS hasn’t yet figured out a way to identify underpayments of EITC to taxpayers. The IRS has a long way to go to comply with President Obama’s 2009 Executive Order 13520.—Michael Wyland