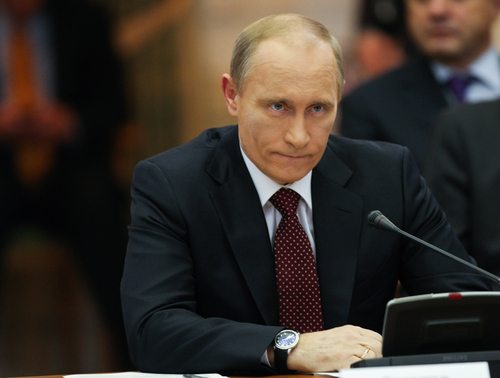 The Putin regime is tightening the screws again on foreign NGOs—again. Yesterday, Russia’s Parliament passed a law that will toughen the reporting requirements on political NGOs that receive foreign money, regardless of whether the money is from foreign governments or institutional or individual donors. The bill requires groups receiving foreign support to register as “acting as a foreign agent.” That has important meaning to Russians, carrying with it the connotation of spies, a sensitive issue in a country that has had to deal with domestic spies during the Soviet era—including spies from the KGB, where Putin established his professional career. The law places Russia squarely in the company of other countries—including Egypt, Zimbabwe, Cambodia, Israel and Venezuela—that have recently come under fire from the United Nations for “regulations or attempts to pass regulations that are curtailing NGOs’ abilities to operate.”

A representative of the election-monitoring group Golos has said the group will try to challenge Russia’s “foreign agent” registration requirement in court, but that action seems likely to come to naught, and in the end, Golos itself may have to become a business in order to avoid the pejorative classification. It is all but guaranteed that some NGOs will be faced with the choice of accepting foreign money and registering as foreign agents or rejecting the classification and hoping for domestic replacement funds. It seems pretty clear that donors, whether governmental or private, aren’t going to be thrilled by the idea of seeing their donations go to organizations classified as foreign agents. That may be one of the objectives of the law: to scare off donors from supporting groups that come with the official connotation of something akin to political troublemakers.

The law applies to NGOs engaged in political activity, but that term has definitional fluidity, particularly under an increasingly authoritarian Putin regime. The Washington Post notes that these NGOs will not only have to be classified as foreign agents, but their published materials will have to be labeled as the work of foreign agents. Do note, however, that the Russian government does allow domestic NGOs to receive foreign support, including grants from the U.S. Agency for International Development (AID), and those that do not engage in “political” activity will be exempt from the law’s stringent requirements. The Post reports that USAID’s 2013 budget calls for spending $52 million in Russia, $32 million for democracy and human rights groups—the NGOs that the Putin government considers political NGOs—and the remainder split between peace and security programs and health and environmental projects.

Putin’s government may be heavy-handed, but its message is pretty clear. We suspect that the flow of foreign money isn’t really the issue here. Instead, it appears to us that the Putin regime is using the law to send a signal to his opposition. That opposition held well publicized, well attended, moving rallies last winter and spring calling for more democratic freedom from the increasingly undemocratic government, rallying against the Putin reelection, and even forming a nascent Occupy movement called Occupy Abai. Putin expressed his displeasure with the U.S. government allegedly sending a signal to the Russian political opposition, and the new law may, in part, be an attempt to codify that displeasure.

The Impact on International Funders

We wonder how foundation support of Russian nonprofits will be categorized. On the Foundation Center’s online listing of foundation grants to Russian NGOs, the five largest (ranging from $4.6 million to $15 million) were all from the Arthur S. DeMoss Foundation to the Confederation of Independent States Ministries between 2003 and 2007. All of those grants appear to be geared towards supporting Christian churches. In 2004, the Soros Economic Development Fund gave two grants totaling $7.5 million to KMB Bank to promote small business lending. This year, the John D. and Catherine T. MacArthur Foundation gave $2.5 million to the Carnegie Moscow Center for research on international relations and peace and security issues. The Ford Foundation and the MacArthur Foundation have each given seven-figure grants to the European University of St. Petersburg. Would small business lending, church support, institutional development of a university, and support for an NGO with the distinctly non-Russian name Carnegie trigger the new law?

While that may be an unknown, there’s almost no question that the new law will impact some other foundation grant support. For instance, MacArthur’s multiple years of grants for the All-Russian Public Movement for Human Rights and its grants for the Glasnost Defense Foundation (investigating violation of mass media free speech rights) might be targets. Ford’s support for the Human Rights Network and Ford and MacArthur’s combined grants for the Independent Institute for Social Policy could be impacted, as could the various efforts for bolstering legal rights in the Russian Federation through groups such as the Institute for Law and Public Policy, and of course the Moscow Helsinki Group (which won $750,000 from MacArthur in 2012 in the form of the foundation’s Award for Creative and Effective Institutions).

You can guess the Putin regime’s primary targets, but doesn’t the law spread a chill over all governmental and foundation support for any Russian NGO whose positions on law, journalism, the economy, or even the arts might bump up against anything even remotely resembling official Kremlin opposition?