Do Proposed Regulations for the Combined Federal Campaign Have Any Chance of Ending Fundraising Decline? 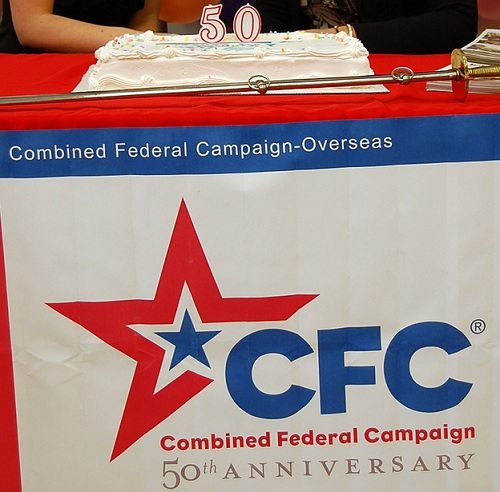 There was a vigorous rally in favor of immigration reform outside the Rayburn House Office Building, but the tenor of the hearing held by the Federal Workforce, U.S. Postal Service and Census subcommittee of the House Committee on Oversight and Government Reform didn’t quite have the same electricity. Audience members wore “Save the CFC” pins to demonstrate to subcommittee chairperson Blake Farenthold (R-TX) and his companions that the new Combined Federal Campaign regulations proposed by the Office of Personnel Management threatened the very survival of the nation’s largest workplace charitable fundraising campaign.

That’s really the issue at hand. After years of decline in fundraising and federal worker participation, OPM’s new ideas for reforming the CFC could be taken in two ways: as ideas to give a breath of life to the CFC and make it (and OPM) more effective in generating charitable deductions from federal workers, or as an effort to make the CFC administratively simpler and cleaner, but with little commitment to making it more effective as a tool for charitable fundraising. Or perhaps, like much of the world of workplace fundraising in the corporate sector, which is going by the boards, OPM sees little future in workplace fundraising in federal agencies (and the military) and implicitly sees the regs as a step toward sliding the federal government out of its CFC obligations altogether.

Initially, Rep. Farenthold opened the hearing by himself, as the other members were not yet in the room. He began by announcing that the hearing, which had been scheduled for the entire afternoon, would be truncated to only one hour, due to scheduled votes on the floor of the House. The rich discussion of the troubles of the CFC and its possible futures wasn’t enough to attract committee member participation, even with the hearing’s unexpected time constraint.

The draft OPM regulations, which remain open for public comment until today (July 11th), emerged from a commission convened to reexamine the Combined Federal Campaign on its 50th anniversary. The CFC-50 Commission made a number of recommendations for improving the CFC, but commission participants and federations of CFC-participating charities cried foul when they saw that OPM’s proposed regulations, published in the Federal Register in April, deviated—in some cases, substantially—from the commission’s. A tug-of-war started between OPM, which refused to release copies of the official comments it was receiving in response to the draft regs, and charities, who loudly decried what looked like bureaucratic subterfuge on the part of OPM, running changes that perhaps it wanted to propose all along under the cover of a bipartisan, multisector commission.

Workplace giving has a long history in the U.S., with blue-collar and white-collar wage earners often far surpassing the wealthy in terms of the proportions of their income they devote to charities. Back in the day, workplace giving, often through payroll deduction, was the most significant avenue for charities to reach a broad number of donors. However, with the United Way’s long dominance of the workplace-giving arena and the management of local CFC campaigns, the United Way’s peculiarities took their toll. Its desire to control distributions in corporate workplaces through corporate-dominated boards alienated some donors, who preferred to designate their giving to specific charities that, sometimes, were groups not among the favorites of the United Way and its corporate board members. This led to the creation of local and national competitors with the United Way, and to United Way’s acceding to making designated donations somewhat less onerous. Nonetheless, workplace giving in the corporate sector has been on the decline, with the United Way keeping up its aggregate fundraising totals due to vastly increased solicitations among wealthy individual and corporate donors as workplace donations and donors diminish.

Another factor has been technology. The systems designed and promulgated by the United Way and some of its competitors are no longer quite so essential now that employers and employees can use technology for online donations without having to rely on the United Way. Additionally, the United Way’s accountability problems, ranging from the scandals in the 1990s around CEO William Aramony to the metropolitan Washington United Way’s scandals that resulted in the loss of its CFC management contract in the capitol region, did nothing but harm the process.

At the Combined Federal Campaign, despite an increased federal workforce, total donations have been declining for some years:

Donations have declined in the CFC, despite the size of the federal government. Compared to 2004, there were more federal executive branch and military employees in 2011, essentially comprising a large pool of potential contributors to the CFC:

The federal workforce is not as large as it was during the Kennedy and Johnson administrations, owing to the spike in the size of the military during the Vietnam War, but it is paid much better, making the declining CFC totals disheartening. A bit more distressing is that the ability of the CFC to generate the hundreds of millions it has despite declining federal workforce participation rates is because of the increasing generosity of the donors who have stayed, giving substantially more per person and making up for the disappearing CFC donors: