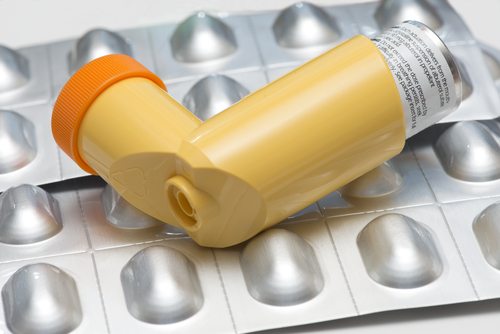 Do you suffer from asthma? Do you have kids with asthma? Then you know exactly what Dr. David Van Sickle, a former respiratory disease detective for the Epidemic Intelligence Service at the Centers for Disease Control and Prevention (CDC) in Atlanta, is talking about:

“People think about asthma, and think we must have a handle on it in the U.S.,” Van Sickle says. “But the grim reality is that most patients’ asthma in this country is uncontrolled. There’s a higher rate of going to the hospital than there should be. We have been doing the same thing about asthma for years, and we have made basically no dent in hospitalizations. The majority of those people think they are doing fine, so no one treats them with a course correction. And, so, there’s inexcusable morbidity. There’s this really ridiculous gap between what we should be able to do and what we’ve been able to accomplish.”

Every once in a while, you encounter terrible stories, like the report of 11-year-old Leo Cano’s death from an asthma attack during a Little League game in Midland, Texas. Why and how are kids still dying from asthma? What aren’t people aware of regarding the vulnerability of children and adults to this disease?

There is a heartbreaking crowdfunding campaign at GoFundMe to help pay for the family’s funeral expenses and perhaps to name a baseball field after little Leo, but the problem of inadequate awareness and treatment of the problem of asthma continues. The joke character in sitcoms or movie comedies pulls out his or her inhaler at the first sign of stress, but for families and those who suffer from the disease, it’s no joke.

Where one lives is relevant to asthma sufferers. In a recent ranking of the best and worst U.S. cities for asthma sufferers, based on a combination of factors such as the prevalence of asthma, the availability of relevant care providers, air quality, and the cost of medications and healthcare, the results weren’t surprising—smog plus high medical care costs equals bad news for asthmatics:

The results are like a case study of the reasons for the existence of the nonprofit sector—to fight for better access to healthcare, to fight for reduced costs of healthcare treatments, and to fight for improving the quality of the environment.

St. Louis might have been on the worst-for-asthmatics list except that this industrial and frequently humid city has been taking action. The state legislature has made Missouri the first state to allow school nurses to keep in stock and administer quick-relief asthma medications at school. On the cost side, for lower income people, the Missouri House of Representatives passed an appropriation allowing for Medicaid reimbursement for asthma specialists to inspect the homes of low-income patients for asthma triggers and to reimburse patients for visits to specialists wherein they can get educated about how to manage this pernicious disease. Massachusetts, Minnesota, and New York already allow for Medicaid reimbursement for asthma education or home assessments.

Asthmatics and their families visit hospitals often for in-patient and outpatient services. Some visit emergency rooms so frequently that they are defined as “super-utilizers,” among the one percent of the U.S. population that generates 22 percent of total health cost expenditures. Missouri’s strategy of funding home inspections and asthma education will “without a doubt…save the state money,” according to John Kraemer, founder of the Institute for Environmental Health Assessment and Patient-Centered Outcomes at Southeast Missouri State University.

If you or your children have asthma, you have plenty of company. The Centers for Disease Control and Prevention estimates 18.7 million adults and seven million children in the U.S. suffer from asthma. The number of Americans diagnosed with asthma increased by 4.3 million between 2001 and 2009, with significant increases among black children, who more likely than others live in communities with significant problems of air pollution and environmental toxins. That kind of information jumpstarts nonprofit advocacy. The movement in the Missouri state legislature is partially attributable to the lobbying of the St. Louis chapter of Asthma and Allergy Foundation of America. In its grading of states, the foundation lauds only seven states as having made progress on adopting policies on medication, treatment, tobacco use and indoor air quality: Washington, Indiana, Vermont, New Jersey, Rhode Island, Connecticut, and Massachusetts.

The public health epidemic of asthma is unfortunately increasing across the nation, but it hits inner city children of color the hardest. Some of the problems of asthma can be dealt with by what Joy Krieger, the foundation’s St. Louis chapter director, described as “elbow grease”: reducing tobacco smoke, dust, cockroaches, mites, mold, fragrances, and pets. But there’s also the matter of environmental improvement and healthcare access. There is plenty for the nonprofit sector to do on asthma to minimize the likelihood of future tragedies like the death of Leo Cano.—Rick Cohen