Reflections on 20 Years at the Grassroots Fundraising Journal

Editors’ note: This article, first published in print during Nov/Dec 2009, has been republished for Nonprofit Quarterly with minor updates.

AS A PREPARE TO STEP DOWN from my role as editor-in-chief of the Grassroots Fundraising Journal, I want to share some reflections on my 20 years of working with the Journal and offer some thoughts for fundraising and social justice going forward.

My first “job” for the Journal was a part-time position, which if I’d had a title would have been called circulation director. I helped maintain the Journal’s mailing list by typing new subscribers onto sheets of paper that were then photocopied onto mailing labels that were then stuck on Journal copies for

IT’S THE REAL-LIFE EXAMPLES WRITTEN BY REAL PEOPLE THAT MAKE WHAT WE PUBLISH RESONATE SO STRONGLY WITH OUR READERS.

mailing. The job also entailed whiting out lapsed subscribers, or whiting out and typing in new address info for subscribers who had moved. Given this labor-intensive process, you can understand why I helped the Journal acquire a computer-based database. This fist database was a very basic, “non-relational” piece of software, but it allowed us to change addresses, sort the list in zip code order, and so on, which gave me the chance to go on to more challenging tasks.

What really appealed to me about the Journal—then and now—was how concrete it was. I loved the fact that every two months there was this product that was full of extremely practical information but that was infused and informed by social justice values and examples. Nowhere else could people involved in the women’s movement, in anti-war and anti-racist organizing, Transgender) movements read about fundraising that used examples from organizations like theirs and that spoke to them out in this way from the information about fundraising that is widely available in publications, on the Internet, and in training and consulting programs throughout the country.

I have many fond memories from my eventual role as editor of the Journal, as well as recollections about the stress of getting an issue out every two months. That stress became especially acute when we were down to the wire and suddenly short an article (or two!) and had to scramble to fill the gap. In the early days, this often meant Journal founder Kim Klein writing on a plane ride home from a training or working all weekend to write something new. It also meant that our wonderful copyeditor, Nancy Adess (who has been copy editor of the Journal since the very beginning!), more often than not had to be completely flexible with our shifting deadlines. Truthfully, the Journal would not have survived all these years without Nancy. Her editing skills are remarkable, but more important for me, as a fundraiser herself, Nancy understands the content of the Journal so well that she often served as a one-woman editorial board for both Kim and me. sources of Inspiration

What stands out the most in my career as fundraising consultant and Journal editor is the incredible variety of people I met through my travels, my training and consulting work, and through the stories people sent to the Journal letting us know what was working and what wasn’t in their efforts to raise money in their communities. It’s the real-life examples written by real people that make what we publish resonate so strongly with our readers. After 29 years, there are now new generations of readers and people writing about things they learned about in the Journal that they’re applying to their organizations, but with changes to make them work in their communities and cultures.

Here are some of the articles we published that made me particularly proud to be part of the Journal (along with the issue in which they appeared, if you’d like to order them from our website):

And of course, all of Kim Klein’s amazing writing—her wisdom, inspiration, humor, and “just do it” attitude has both infused the Journal for the past 29 years and inspired many of our other contributors. Here are a few of my favorites among Kim’s many articles: 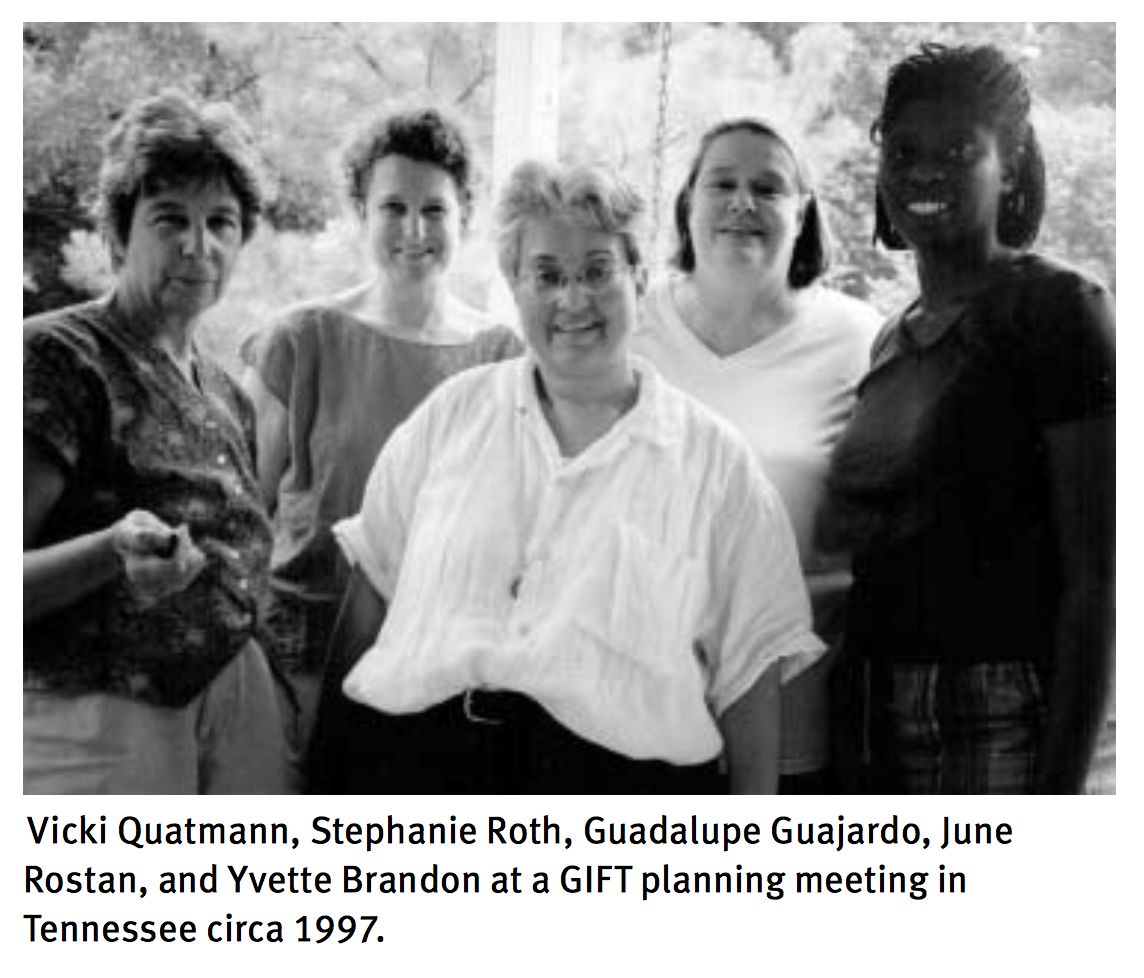 “Outing Overhead” (Vol 22, #6) All of these stories are part of what makes the Journal continue to be important not just to social justice organizations, but to the broader nonprofit sector, and they are what continue to inspire fundraisers, activists, and even those questioning the nonprofit industrial complex! debunking a few myths Even 29 years later, there are some persistent myths about like to address here. First, as helpful and valued as the Grassroots Fundraising Journal is, I still hear people say that grassroots fundraising is all well and good for getting small contributions and for encouraging board members and others to make a good-faith effort to participate in fundraising, but that it doesn’t really amount to very much money, and besides, it’s way too much work.

GRASSROOTS FUNDRAISING IS NOT JUST ABOUT RAISING SMALL AMOUNTS OF MONEY. IT’S ABOUT RAISING MONEY FROM ALL KINDS OF PEOPLE, RICH AND POOR AND EVERYONE IN BETWEEN.

In fact, grassroots fundraising is not just about raising small amounts of money. It’s about raising money from all kinds of people, rich and poor and everyone in between. It means you have to reach out and talk to lots of different kinds of people about your work and even include them in that work. It means far more people knowing about what you do and pushing out your agenda. It means not overlooking the people you come into contact with every day but instead inviting them to make a difference by giving you some money, among other ways of getting involved.

Obama’s presidential campaign should have put to rest once and for all the idea that grassroots fundraising is only about little bits of money. He raised a historic amount of money— about half a billion dollars—from several million individual donors, many of them giving small gift, and that was a big part of what got him elected.

A second fundraising myth is that major gift come only from rich people. Anyone who’s spent any time raising money from individual donors can tell you about the school teacher on a modest salary who gives a major gif of $1,000 a year, or the immigrant worker who sends enough money back to his family in the Philippines to support an entire extended family, or the $35-a-year donor who left a $500,000 bequest to her alma mater.

Thinking that only wealthy people are major donors leads organizations to overlook the many people they already know who would support their work with a much larger gift if they were approached, engaged, appreciated, and asked to do so.

Third, there is an idea in social justice organizations that some people are “donors” and other people are “members” or “activists.” The donors give money and the members and activists do the work. In fact, anyone can (and is) a donor, and many wealthy donors are also deeply engaged in the work of organizations. It’s time to stop thinking in these kinds of categories that wind up replicating class divisions in our organizations that we’re working to eliminate in the larger society.

Farewell But Not Goodbye For28 years, the Journal has helped people raise the money to make the changes in their communities and the world that must be made. I’m stepping down (from a paid position, in any case, with many volunteer opportunities ahead!), proud of being part of this work, proud of GIFT and the Grassroots Fundraising Journal coming together into one organization, and inspired by the creativity, passion, and dedication that the next generation of staff board, writers, and trainers is bringing to the organization. I look forward to being a Journal subscriber and a GIFT donor for many years to come.

Stephanie Roth is the outgoing editor of the Grassroots Fundraising Journal. Reach her now at [email protected]

Stephanie is a principal of Klein & Roth Consulting, and has been a trainer, writer, consultant and coach on fundraising, board development and other organizational development issues from a social and racial justice perspective for over 25 years. She was a co-founder of GIFT, an Editor of the Grassroots Fundraising Journal, and co-author of “The Accidental Fundraiser: A Step-by-Step Guide to Raising Money for Your Cause”. She lives in the San Francisco Bay Area with her wife, Kim Klein.