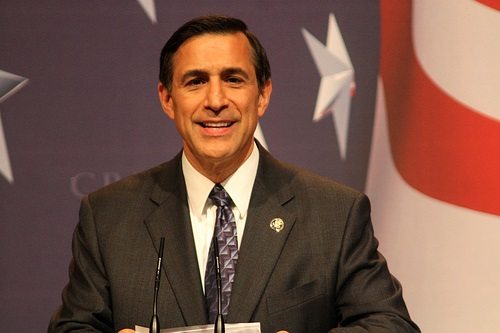 Frustrated with the slow pace of investigating the IRS, Rep. Darrell Issa (R-CA) has threatened the FBI with “compulsory means” if it does not voluntarily brief the U.S. House Oversight and Government Reform Committee. Issa, who chairs the committee, has set a December 16th deadline for the FBI to respond.

It’s been almost seven months since Lois Lerner first admitted that the IRS had singled out applications for tax exemption from conservative nonprofit groups for special scrutiny. There are at least five concurrent investigations of the IRS in progress:

There is always a risk that investigations into political scandals will be slowed down (or hastened) by politicians believing they or their party will benefit. In this case, Issa’s concern centers on access to FBI Assistant Director Valerie Parlave, who is heading the FBI’s investigative team. Issa’s committee investigators had requested an update and documents on the FBI investigation, but had been refused because the investigation was ongoing. They had been offered the chance to meet with Parlave, but that offer was rescinded by the FBI after the idea had been “run past” unnamed Justice Department officials. One FBI official denied there was pressure from the Justice Department to deny the request, but another “wouldn’t say one way or the other,” according to the story.

Given the history of disclosures from the Republican staffs of the investigating committees, the FBI may have concerns about keeping its discoveries to date from being made public too soon. However, the involvement of Justice Department officials in the decision by the FBI to not share its progress with Issa’s committee also raises uncomfortable questions. Issa’s threat may prompt cooperation from the FBI, but there is no sign as yet that the various investigations into the IRS and its treatment of some nonprofit organizations are reaching an end.—Michael Wyland