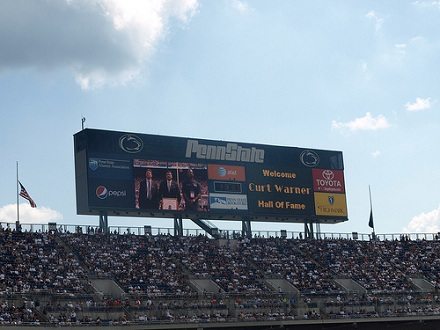 Former FBI chief Louis Freeh has produced a devastating report based on his investigation at Penn State concerning who knew what—and when—about the allegations of sexual abuse of young boys by former assistant football coach Jerry Sandusky. Recently, Sandusky was convicted of 45 charges of abusing 10 boys, often on Penn State property, though often after he retired from Penn State to work for the Second Mile charity he established. Freeh’s report suggests that iconic football coach Joe Paterno may have known more than he ever admitted, but we’ll leave the legal implications of Freeh’s findings to the courts and the impact on Paterno’s already tarnished and tattered legacy to the sports world.

Nonetheless, despite Penn State’s status as a public university, there are powerful issues and lessons here about governance and accountability that all nonprofits should consider. While we haven’t had time to read all of the more than 200 pages (including appendices) in Freeh’s report, we found these three findings from the executive summary worthy of attention:

Excerpt from page 14: “The most saddening finding…is the total and consistent disregard by the most senior leaders at Penn State for the safety and welfare of Sandusky’s child victims. They exhibited a striking lack of empathy for Sandusky’s victims by failing to inquire as to their safety and well-being…” If this allegation is true, it is a huge mark against the Penn State hierarchy, and given that this is a discussion of underage victims, this finding is hard to read. Freeh’s report suggests Penn State officials were focused on their organization and its reputation and not on the people served by the university or its constituency of stakeholders—and these children, whether “clients” of Second Mile or participants in Penn State programs, were the university’s responsibility.

Excerpt from page 15: “These individuals (the Penn State leadership), unchecked by the Board of Trustees that did not perform its oversight duties, empowered Sandusky to attract potential victims to the campus and football events by allowing him to have continued, unrestricted and unsupervised access to the University’s facilities and affiliation with the University’s prominent football program.” The Freeh report suggests that the Penn trustees were asleep at the switch, but how many of our boards really don’t have much tactile relationship with the programs of the nonprofit organizations they oversee? How many don’t really know what happens in the programs or who is using the nonprofit’s facilities and programs?

Another excerpt from page 15: “The Board…failed in its duties to oversee the President and senior officials…by not inquiring about important University matters and by not creating an environment where senior University officials felt accountable.” How many organizations do you know—perhaps even yours—where the board is largely cowed and subservient to the CEO, unwilling to ask hard questions, or perhaps so ill-prepared that it is unable to ask hard questions, much less understand what might be appropriate or inappropriate answers?

The details in the report and the appendices of e-mails between senior Penn State officials are truly pathetic. If the allegations against Sandusky are correct and upheld—he was convicted but is appealing the decision—there would be no question that he was a monster of the first order who altered the lives of his victims irreparably. They may go on to live relatively normal lives, but if the conviction against Sandusky was correct, their victimization can never be expunged. If Sandusky’s conviction was correct, the Freeh report suggests that the crimes against innocent kids for which Sandusky was convicted only occurred with the willful blindness of some people at both Second Mile and Penn State. The Freeh report points to active obstruction, a lack of accountability, and poor governance practices by leaders who, the report suggests, could have intervened more than a decade before Sandusky was finally charged and convicted of being a sexual predator.—Rick Cohen