Responsible Cruising: Is It Fathom-able? 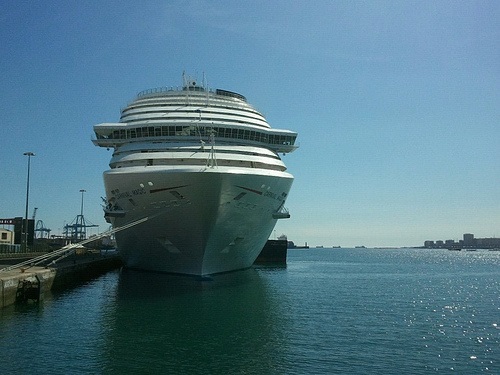 Last week, the Carnival Corporation & plc launched the first cruise brand dedicated to volunteer tourism: fathom. The Carnival Corporation believes that, through fathom, it is creating not only a new brand but, also, new travel category it labels “social impact travel.” According to fathom’s website, social impact travel is “mindful, purpose-driven, and with an easily accessible framework for making an impact on the wider world we live in.”

Cruises on fathom’s 710-passenger ship will run weekly from Miami to Amber Cove, Dominican Republic, beginning April 2016. The trips, which last seven days each, will begin with two days of intensive “impact readiness” training on board in preparation for three days of volunteer activities in the northern region of the Dominican Republic. Volunteer activities include teaching English and building water filtration devices. fathom has partnered with two Dominican agencies to provide these volunteer opportunities, and an undesignated portion of each passenger’s ticket purchase will go directly to these agencies for administrative support. The last two days of the trip are dedicated to the return voyage.

In addition to opening a new category of travel, the Carnival Corporation expects fathom to attract new customers to the cruise industry. In particular, fathom is expected to appeal to millennials looking to make a difference, parents interested in exposing their children to meaningful experiences, and adults 50 years of age and older who are interested in doing more than donating financially.

Many readers will wonder if it is even possible for a cruise ship to fall into the category of responsible travel. In general, cruise ships are notorious for being environmentally unfriendly and for offering only brief experiences in host countries, of which the economic benefits to the host country are questionable. As far as cruising companies go, the Carnival Corporation seems to have a particularly dismal track record.

There is also reason to question how much positive “impact” fathom’s passengers will have on the Dominican Republic. Will the revolving door of passengers help the local agencies or further reinforce dependency? Will the interactions between passengers and Dominicans foster cross-cultural dialogue or remind locals of their “need” for help? These are tough questions, and the answers are not always pleasant. As Shane Ferro of Business Insider wrote, “the problem with ‘impact travel’ or voluntourism is that so often the goal seems to be making the travelers feel good about themselves, rather than focusing on doing good work for others. If a few hours a day of volunteering for three days is all it took to alleviate poverty, it would have been done by now.”

There is also the related issue of the so-called “White Savior Industrial Complex.” According to author and photographer Teju Cole, the work of Westerners—white Westerners in particular—in other countries “is not about justice. It is about having a big emotional experience that validates privilege.” For some, this harsh description feels painfully accurate. A number of former “voluntourists” reflect upon their experience with dismay and even regret.

The Dominican Republic, also known as the DR, is the first but not the last country where fathom hopes to dock. The small nation is located in the Caribbean just west of Puerto Rico. The DR shares an island with Haiti, and is no stranger to aid workers and volunteers. For the sake of transparency, I should acknowledge that I spent two years in the DR as a Community Economic Development volunteer with the Peace Corps. During this time, I helped start a community-based preschool (which, ten years later, is still operating) and developed a business training program for rural women with microcredit loans. I also worked with Dominicans to organize summer camps and youth workshops. Even after spending two years in the DR, learning the language, and building relationships, I still wonder if my presence did more harm than good. And so, as a former resident of the beautiful country, I am both curious and fearful as to how voluntourism via cruise ships will play out.

fathom is expected to be less fancy than other cruise ships and will focus on Dominican food and entertainment (such as Dominican movies). Prices start at $1,540 per person. The Carnival Corporation & plc own many other cruise brands, including Carnival, Princess Cruises, and Holland America Line.—Jennifer Amanda Jones