December 18, 2011; Source:  Los Angeles Times | Longtime leader of the California Community Foundation Jack Shakely is something of a philanthropic icon. Now semi-retired, listed as CCF’s president emeritus, Shakely has written an op-ed that goes against the grain of his foundation peers, who in virtual lockstep have opposed President Obama’s proposed cap on the charitable deduction (and all other itemized deductions) for wealthy taxpayers.

Acknowledging that his “statement will create a firestorm,” Shakely’s op-ed not only endorses Obama’s proposal as a “good start” but also calls for the elimination of the federal charitable tax deduction, describing it as “an often abused and possibly unconstitutional section of the tax code.” 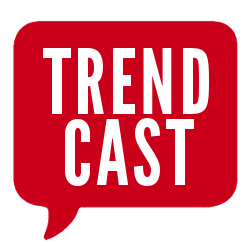 Watch NPQ‘s latest trendcast, “Taxes and Giving: A conversation with Patrick Rooney about What a Change in the Charitable Tax Deduction Might Really Mean.”

According to Shakely, “nobody can say positively, absolutely how much, or even if [the charitable deduction] stimulates giving, which was its primary purpose.” He challenges the contentions of the United Way’s Brian Gallagher and the Mormon Church’s Dallin Oaks, who testified before Congress that the Obama proposals would seriously harm charitable giving.

Shakely notes that nonprofits get relatively little of the moneys that are claimed as charitable giving due to the pervasive tendency of many donors to significantly overstate their charitable giving. He also suggests that there are potential church/state separation problems in providing charitable tax deductions for religious donations. And he decries the tradeoff of nonprofit rights of political contributions in return for charities’ access to tax deductible contributions.

Eliminating the charitable deduction will reduce the federal deficit by $250 billion, Shakely contends, and charitable giving won’t be much affected. Are nonprofits fighting for an essential instrument in their toolbox to attract donations, or is the charitable deduction really a “well-meaning but often nonproductive” element of the tax code that we would all be better off without?—Rick Cohen