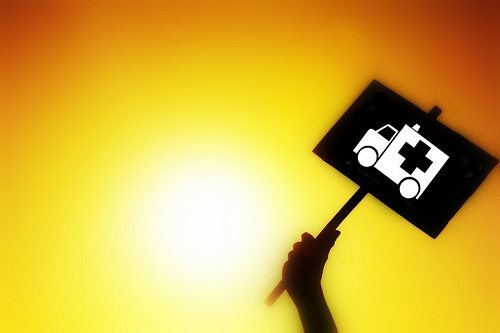 One of the primary benefits of the Affordable Care Act is that many millions more Americans will have health insurance coverage than ever before. As the Washington Post’s Fact-Checker demonstrated in demolishing House Speaker John Boehner’s contention that the ACA has resulted in a net loss of people with insurance coverage, millions have gotten coverage through signing up on the federal Healthcare.gov website, millions more have been covered through Medicaid, over two million young people have been added to their parents’ plans, and probably something short of a million more have been “off-exchange” enrollments through brokers and other sources, with a result of somewhere between nine and 14 million people now covered who were not before, conservatively speaking.

Even so, there are plenty of ways for people to still end up without insurance coverage, regardless of the ACA. States that have refused to expand Medicaid coverage will leave large numbers of people without coverage—the gap population with incomes too high for traditional Medicaid but too low to be able to purchase subsidized insurance on the health exchanges—and the federal government’s decision to exclude undocumented immigrants leaves millions more on the sidelines. How many potential clients should safety net clinics plan for, and with what needs? What kind of post-ACA caseloads will they face?

Mission Medical Clinic in the Pikes Peak area of Colorado, which previously provided healthcare services only to the uninsured, has seen its caseload decrease, though faster than Mission Medical’s executive director, Barb Cronin, had expected. Mission Medical has shifted its post-ACA focus to emphasize services to undocumented immigrants, who are excluded from ACA coverage. SET Family Medical Clinic’s strategy has been to expand its services to people who have Medicaid coverage. Dream Centers of Colorado Springs, affiliated with New Life Church, is shifting its program to address insured people who need help with their medical bills because, according to Matthew Ayers, the clinic’s executive director, “a lot of their deductibles are way too high to pay.” Open Bible Medical Clinic is taking its time to assess the needs of uninsured low-income residents in order to decide about continuing or closing the clinic in 2015.

Just about all of the safety net clinics are looking at the needs of undocumented immigrants, but in an odd way. Not much is known about their healthcare needs and options, in part because they often use emergency rooms for all of their medical needs, even dental, and many providers don’t keep statistics on undocumented immigrants’ healthcare issues and usage. But, despite their exclusion from the ACA, a decision of legislators that looks cruel and uncaring in retrospect, undocumented immigrants are people who deserve healthcare services. “They’re here, they need medical care, and we serve the underserved,” Mission Medical’s Cronin said. It will be up to safety net clinics like Mission Medical that will have to make up for the callousness of Congress only a few years ago.—Rick Cohen