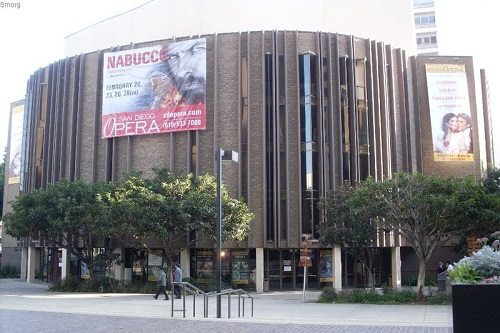 James Chute writes that when General and Artistic Director Ian Campbell emerged onto the stage before what may have been the final performance of the San Diego Opera on Saturday, he was met with jeers and hisses from the audience, some of whom were unhappy with what they see as the too-early pronouncement of the death of the SDO.

An announcement was made in March that the Opera would close in mid-April— ironically, as it turns out, right after the company’s last performance of Don Quixote. Since then, an online petition seeking a reversal of the board’s vote has accumulated more than 20,000 names and a good deal of criticism has been leveled at the company. Indeed, not even the board appears to be of one mind on the closure, even though the decision to close was reputed to have been 33 – 1. Still, the board is 60 strong, and some members claim they were not given notice that the decision would come up.

Anyway, long story short, last Monday, a dissident group of the board voted to extend the company’s life by two weeks to April 29th, and board member Carol Lazier has offered a $1 million gift if the company rescinds the vote to dissolve as soon as possible in favor of developing a new business plan.

In the face of all of this, Campbell was, on Saturday night, according to this report in the San Diego News, giving “what seemed to be a eulogy, thanking people for their support and speaking about the opera in the past tense, until members of the crowd, some wearing stickers proclaiming ‘Save the San Diego Opera,’ disrupted him again.”

Chute concludes, “A quote from Cervantes was projected onto a scrim at the front of the stage: The greatest madness a man can commit is to let himself die, just like that, without anybody killing him…. Let’s hope the opera’s board of directors was paying attention.”

Still, another musical line occurs to us as we consider all of this.

Don’t it always seem to go,
That you don’t know what you’ve got
’Til it’s gone?

Does it really take near-death experiences to wake us all up to what we will need to do to save treasured community institutions?—Ruth McCambridge